The mind is indivisible from the brain

Peter White et al in an article in the BMJ propose that classifications of neurological and psychiatric disorders should be merged together into a single category of disorders of the nervous system. They justify this because of what they call the “revolution in the clinical science of the mind, as the techniques of basic neuroscience are successfully applied in mental health”.

This success is apparently demonstrated in brain scans that they say show structural brain abnormalities in various mental health disorders. However, they then don't say what these abnormalities are; nor do they note the dynamic nature of the appearance of the brain on scans; or discuss whether findings are specific. They also make a lot of the results of functional brain imaging showing brain activation but don’t say how it’s helped our understanding of brain function. For example, we already knew before brain scans that the limbic system is involved in supporting a variety of functions such as emotion.

Of course the mind is indivisible from the brain, as they say. As such, a statement of this sort is tautologous, but White et al are saying more than this. Essentially, they believe that a sharp distinction between organic and functional disorders is unhelpful (an issue I’ve commented on in a previous post). In fact, they don’t seem to realise that DSM-IV has already tried to get rid of this distinction.

The arguments they use about the advantages of a more medicalised psychiatry do not really stand up. They suggest it helps stigma but as I have pointed out previously (see post), it could in fact increase stigma, as people do not really feel understood. Similarly, they think it might help recruitment to psychiatry but as I’ve again pointed out previously (eg see post), it may put people off.

I’m not against psychiatrists getting training in neurology and vice versa, but I do think it’s important that psychiatrists are well trained and they may well get the wrong idea if White et al’s proposal is taken up. Psychiatry, unlike neurology, is not based on treating a physical lesion.
Posted by DBDouble at 8:04 pm No comments: 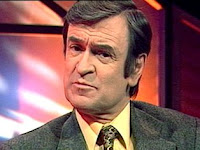 Pleased to see that psychiatric trainees are still interested in controversies in psychiatry. The Frontier psychiatrist blog has a post about Anthony Clare's Psychiatry in dissent. I commented in an eletter on an article about this book before Clare died in 2007.

Perhaps Frontier Psychiatrist is right that we need a "contemporary critique of psychiatry aimed at the layman". For the moment maybe my Critical psychiatry is a start.
Posted by DBDouble at 9:30 pm No comments:

George Dawson in a comment on my previous blog entry mentioned an article by McHugh & Slavney, which has just come out in NEJM (not sure how George seemed to know about it before it was published). I agree with the analysis of this paper. A full psychiatric assessment of a patient in terms of family and personal history is too often regarded as almost 'out of date' and unnecessary in psychiatric training these days.


I don't agree, however, with McHugh and Slavney's proposed solution. They say "No replacement of the criterion-driven diagnoses of the DSM would be acceptable". That's just the point and why the DSM system should be abandoned to help psychiatry to realise that full psychiatric assessment is essential to practice. They are also right in a way that "much turns on causation" but then I think this is where they get it wrong by including schizophrenia and panic disorder as brain diseases with delirium.
Posted by DBDouble at 8:52 am 1 comment:

Why would psychiatry be better off without a psychiatric classificatory system such as DSM?

I thought it might be helpful to explain a little more why I think DSM-5 shouldn't go ahead. As I've said previously (eg. see earlier post), I am supporting the campaign to abolish psychiatric diagnostic systems. This campaign 'No more psychiatric labels' gives its rationale on its website.

The World Health Organisation started classifying the causes of death in the International Classification of Diseases (ICD). In the sixth revision it extended its classification to causes of morbidity as well as mortality and a chapter was added for psychiatric disorders (which don't cause death as such). The americans have always run a parallel DSM system. ICD-9 and DSM-II were essentially the same.

Criticism of psychiatric diagnosis led to the DSM-III revision, which attempted to define psychiatric disorders using operational criteria. Although it may have been technically atheoretical in its approach, it encouraged a biological understanding of mental illness as due to brain disorder. The misguided hope has been that reliable diagnoses will equate with standardised biological tests developed by advancing neuroscience (eg. see blog by Allen Frances, who has also been critical of DSM-5 because of its potential expansion of the boundaries of psychiatric diagnoses). DSM-IV abolished the distinction between organic and functional disorders as they are all seen as brain disorders (see previous post).

There were of course diagnostic systems before ICD-6 and DSM-I, but it is the authority attached to diagnostic descriptions since DSM-III that causes problems. However important classification may be for scientific communication, it is also essential to realise that diagnosis is also about the reasons why a person has developed problems. Focusing on a single word entity distracts diagnosis from obtaining this personal understanding.

Idealised diagnostic descriptions are not entities as such. This truth has been lost in the pursuit of DSM-5, which should be abandoned. There are alternative ideas about comprehensive diagnosis which could be developed (eg. see World Psychiatric Association (WPA) conference report). Allen Francis has recently suggested in NYTimes that a new organisation is needed to take over from the American Psychiatric Association, but I'm not quite sure why he doesn't consider WPA.
Posted by DBDouble at 11:25 pm 2 comments:

The co-ordinating group of the Inquiry into the 'Schizophrenia" Label want you to visit their inquiry website. You could if you wish provide evidence, write in with a testimony or register as a supporter.

This inquiry has no financial ties to any organisation and is supported (at present) by over 140 individuals and over 30 national and international organisations. The evidence collected will be examined by an independent panel made up of service users, academicians and a lawyer. A report based on evidence will be forwarded to a range of organisations including NICE, the Royal College of Psychiatrists, other professional and statutory bodies, private and third sector organisations, and the Department of Health. Please email the inquiry if you need any further information.
Posted by DBDouble at 11:33 pm No comments: 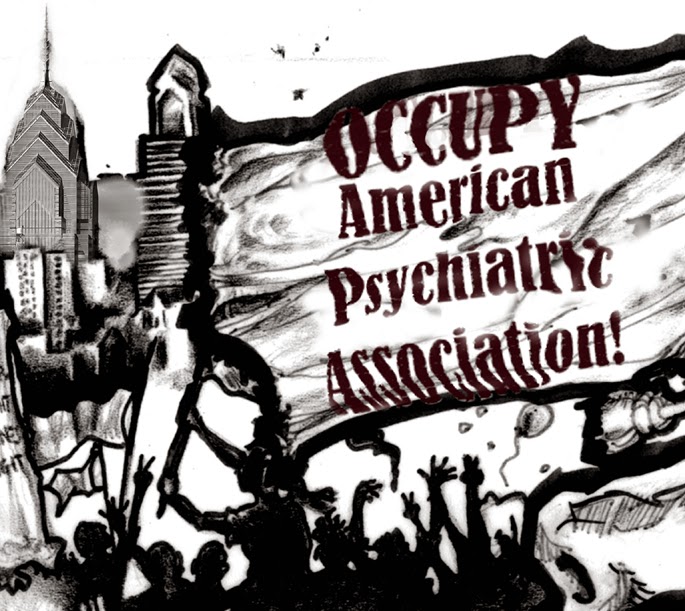 For further reflections on the meeting, see Brad Lewis's post on Mad in America blog.
Posted by DBDouble at 3:17 pm 8 comments: