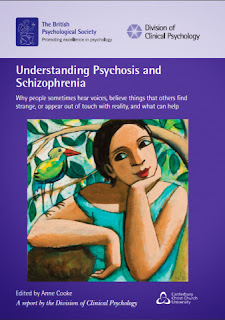 In the section on the advantages of seeing such experiences as mental illness, Laura Lee, one of the contributors to the report, is quoted as saying, "If the concept of illness was extended from biology to include our emotional/spiritual/thinking and meaning-making faculties we would have a holistic approach which would offer more" (p. 25). I agree with Laura (although may not make as much of the spiritual reference). I think the rest of the report could have been clearer on this point. There's nothing intrinsically wrong with using the term 'mental illness'. Although the terms illness and disease are used interchangeably, there are specific meanings. To quote from Eric Cassell in The Healer's Art, "Disease is something an organ has; illness is something a ... [person] has". The error is to think mental illness is a brain disease.
Posted by DBDouble at 11:35 am No comments: 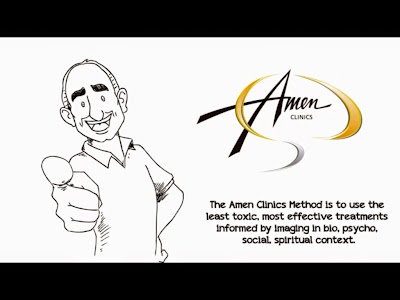 I've just taken the Amen Clinic ADD type questionnaire. I didn't know that Daniel Amen had suggested there are 7 types of ADD: classic, inattentive, overfocused, temporal lobe, limbic, ring of fire and anxious; and that this matters for treatment. For today's special price of $77, I could have started healing my ADD, but I decided not to go ahead, despite the marketed attractive benefits of "improving attention and focus, boosting positive behaviour, and reclaiming my mental edge".

A Washington Post article called Daniel Amen the most popular psychiatrist in America. I doubt whether Amen likes critical psychiatry, which doesn't have that much of a following. I'm obviously not making enough outlandish claims (eg. see previous post). Amen recommends a SPECT brain scan as part of psychiatric assessment, when it isn't indicated. As the Washington Post article says, Amen's "claims are no more than myth and poppycock, buffaloing an unsuspecting public". In a Telegraph interview, he defends himself by saying, "If I'm defrauding them [patients] how would I stay in business for decades ... ?". The answer is that regulation of his practice is poor. As the Washington Post article, again, says "the man has grown fabulously wealthy — he lives in a $4.8 million mansion overlooking the Pacific Ocean — by selling patients a high-priced service that has little scientific validity, yet no regulatory body has made a move to stop him".

Gina Pera, who recently called Peter Kinderman a 'nincompoop' (see his Mad in America blog post), was influenced by Amen. I've said before (see previous post) that Peter can express the essence of critical psychiatry better than me, although I don't totally agree with his views. To take a quote from his Scientific American blog:-


It’s all too easy to assume that mental health problems — especially the more severe ones that attract diagnoses like bipolar disorder or schizophrenia — must be mystery biological illnesses, random and essentially unconnected to a person’s life. But when we start asking questions about this traditional disease-model way of thinking, those assumptions start to crumble.

Following up my previous post about global mental health, I understand the motivation of #FundaMentalSDG to include mental health as one of the UN sustainable development goals post-2015 (see their blog post). I don't think we should look away from mentally ill people being neglected and abused, including being "tied to beds, kept in isolation in psychiatric institutions, being chained and caged in small cells, and being physically abused by ‘traditional’ healing practices" (see Guardian documentary).

However, I worry about saying that mental illness affects 1 in 4 in the world, as though it is almost normal. And, by saying that mental illness is treatable, implying that the simple answer is psychotropic medication. Management of mental illness may not just be a problem in low and middle income countries. The madwoman in the attic in Jane Eyre may not be that much different from the practice of pasung in Indonesia (see ABC News item on documentary "Breaking the chains"). The commitment of the Indonesian government to eradicate the practice is to be welcomed. Further measures need to be taken to protect the human rights of the mentally ill worldwide.
Posted by DBDouble at 8:51 pm 2 comments: 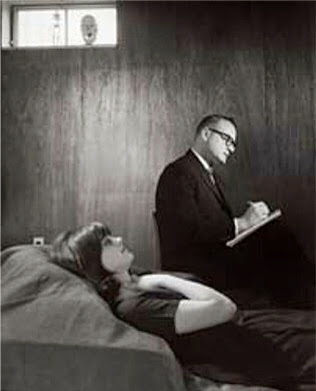 From a survey of mental health experts, Mark Micale has produced a list of the 12 most important changes in American psychiatry since World War II (see article).

Heh, critical psychiatry, or even anti-psychiatry, isn't important! And, young people mention mental health blogging, which doesn't feature in the main list. So, perhaps I should go on with this blog.
Posted by DBDouble at 6:00 pm 1 comment: 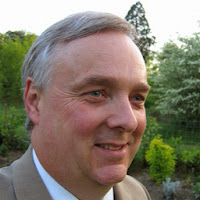 Just to be clear, I'm not advocating mental health problems being dealt with separately in the NHS. Jowit does note that "some psychiatrists have been driven to an obsession with biology". Perhaps she needs to investigate further why the public is being misled about mental illness being a physical illness. As I keep reiterating, do not misunderstand me. Of course mental illness is due to the brain - that's mere tautology. But, to make the claim that Cantopher makes in the quote above is outlandish.
Posted by DBDouble at 5:54 pm No comments: 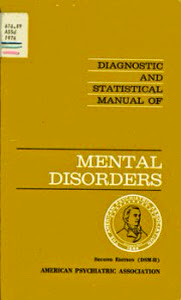 Now that it is apparent that DSM-5 has failed (eg. see previous post), we need to undo each of the steps taken along the way. DSM-IV dropped the functional-organic distinction, which needs to be reinstated (see previous post). DSM-III encouraged a biological view of mental illness and introduced operational criteria, but did not improve diagnostic validity. DSM-II was not too different from DSM-I, but dropped the term 'reaction'. Conceptually the DSM process has been totally misguided, and we need to rethink and return to basic principles if there is ever going to be a DSM-6.
Posted by DBDouble at 9:35 pm 7 comments: 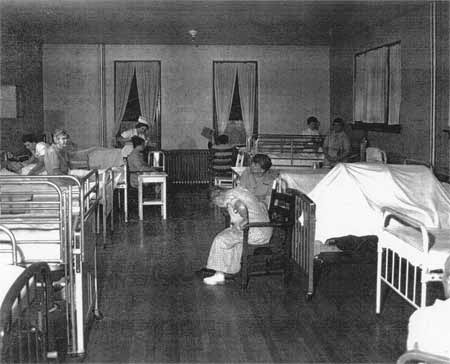 I'm not so sure that community care is the problem. Nor that the situation is much worse in the USA. Providing personalised mental health care worldwide is not easy and is not necessarily any better in the community than it was in the asylums.
Posted by DBDouble at 7:27 pm 3 comments: 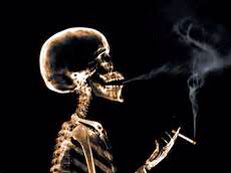 As I said in my BMJ letter, "Cannabis use is likely to be a proxy measure for poor premorbid adjustment associated with psychosis." I went on, "I am not saying that cannabis does not cause emotional problems; nor that people do not use it to deal with their emotional problems." The degree of correlation between the use of cannabis and cigarette smoking means it is difficult to disentangle independent effects. However, the likelihood is that cannabis use and cigarette smoking are both markers for socioeconomic and environmental factors associated with psychosis. It's illogical to interpret the association between cannabis and psychosis as causal, as it is to do the same for cigarette smoking.
Posted by DBDouble at 9:52 pm 4 comments: