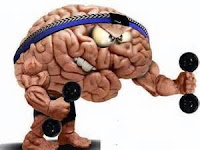 As this is the case, how should psychiatry be practiced? All medicine should be patient-centred. The danger is that if doctors focus on disease, they may be distracted from dealing with the ill person. There may actually be some self-protective element in this, considering the emotional consequences of dealing with the suffering of patients, but ultimately medical training is about learning to focus on the ill person. This situation is even more prominent in psychiatry, as the symptoms and signs that patients have are part of them as people rather than due to a structural abnormality in the brain. Don't misunderstand me! Of course, the thoughts, feelings and behaviour of people who are not mentally ill are due to their brain. We have an integrated understanding of their mental and brain activities. In the same way, we should have an integrated understanding of the mental and brain activities of people who are mentally ill.
DBDouble at 9:58 am
Share