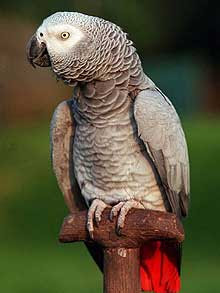 Well, this is certainly one of the stranger things I've ever heard of. How can you tell when a bird - even a parrot - needs antidepressants, anyway? Kind of surreal to me. http://www.prozac.bz

Your blog posting is very good and theme base for which it is liking to every people.

Hello I want to congratulate to them by its site of the Web of the excellent looks like entertained and very good very to me it elaborated.

hello friend,
i really appreciate with above details...but there's another product increase brain power....
Note:Read the below concept in link
http://www.antiaging-systems.com/50-deprenyl

My spouse and I stumbled over here from a different
page and thought I should check things out. I like what I see so i
am just following you. Look forward to looking at your web page again.
Here is my weblog : http://tmo.to.ohost.de/gbuch/

Such a great post! I've been debating going onto antidepressants, and the stigma really is a big factor- however, it shouldn't stop you from taking a positive step towards getting better!