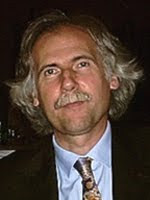 More fundamentally, I'm not convinced that looking for an underlying neurobiological explanation is the real way to look at the issue. Surely the problem is psychological dependence. As I've said in a previous post, doctors concentrate too much on the physiological explanation of drug effects. People form attachments to their medication more because of what they mean to them than what they do. It's an identity-altering experience taking antidepressants. Discontinuing them is going to cause all sorts of problems which take time to make sense of.
Posted by DBDouble at 10:55 am