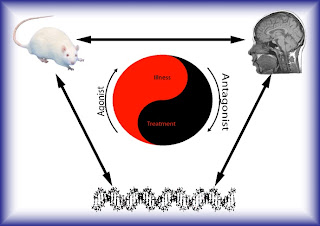 A report from NIMH takes the issue of cure  further to prevention and emphasises the importance of so-called personalization and preemption as the foundations for new treatments. As the report itself notes, psychiatric genetics has not yielded a single validated target for any mental disorder. The causes of mental disorders and their mechanisms are unknown making the development of so-called personalized psychiatry a risk for the pharmaceutical industry, which it understandably may not wish to take (see News and Notes from Psychiatric Services).
Posted by DBDouble at 4:10 pm