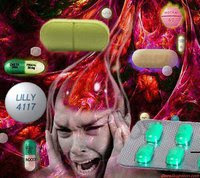 Although the manifesto of Speak Out may be more radical than I would express myself, I do think it is important that psychiatry engages in this debate. In this sense, mental health services would be truly centred on users of services. The views of critical psychiatry are not marginal to the present situation in modern mental health services.
Posted by DBDouble at 8:58 pm