No use for brain scan in assessing psychiatric patients 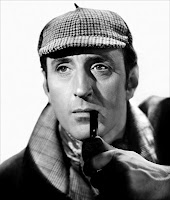 Stephen Stahl, who I've mentioned in a previous post, in an editorial in Acta Psychiatrica Scandinavica, talks about psychiatrists becoming 'disease scene investigators'. He anticipates psychiatrists being able to combine what he calls the art of good clinical judgement with the scientific results from a structural brain scan, functional brain images from psychiatric stress tests and genetic information to decide on appropriate medication.

He admits that, "We are still, however, a long way from getting brain scans of patients to diagnose their schizophrenia or to monitor their course illness over time." He goes on, "In fact, it is beginning to look like no structural, functional or genetic test will ever diagnose schizophrenia or tell us what drug to use or avoid. It is not likely to be that simple."

He further tempers his wishful thinking with a cautionary comment that "at the forefront, things can get a bit turbulent and slip too far ahead of long-term evidence-based practice standards". Why not just stick to psychiatric formulation (see previous post)?
Posted by DBDouble at 12:43 pm

Brain scans have even been cited by some critical thinkers i.e. that bit 'lights up' when you hear voices therefore that bit must be responsible. I don't give a toss if my whole brain is multicoloured and doing the can-can on a brain scan when I'm hearing voices - that scan doesn't help me to cope