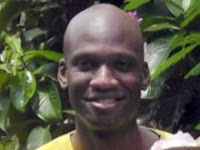 Actually research has shown that the removal of semi-automatic and pump-action shotguns from civilian possession after the 1996 firearm massacre in Tasmania led to no mass shootings in Australia in the 10.5 years afterwards, whereas in the 18 years before the gun law reforms there were 13 (see article). Does the American public really think services have the ability to detect and treat mentally unstable people capable of such crimes? Do they really mean what they say? If so, they seem to think psychiatry is all-powerful. Perhaps that's where psychiatry is going wrong by accepting this projection.
Posted by DBDouble at 2:01 pm

Australia just the other year had a sicko that used arson as his method to murder dozens of elderly in an old folk's home.

In 2002 after the gun grab, there was a multiple semi auto pistol shooting, pistols are still allowed.

There are weekly shootings in gang ridden areas of western Sydney to this day. The criminals still have guns. Being an island continent with no land borders the all powerful Australian state stands more chance than the US government of stemming illegal imports.

It's actually refreshing to me that only 80% blame psychiatry for 'not stopping' the crime. That means 20% may not have such faith in psychiatric quackery after all.

As soon as that 20% can be grown to 51% Double, we can get your profession out of our lives and make psychiatry about as threatening as an osteopath or any other garden variety quack profession. The day you don't have the right to force yourselves on the citizenry will be a red letter day in history.

Of course you're right though, psychiatry has no magic predictive power. The fact that most of the population believes it does, is psychiatry's fault for once again, on yet another matter, lying through its teeth, or not teeth, rather Pharma funded hollywood pearly white veneers.

Plus mass shootings, while a tragedy for the families and deceased concerned, are nothing but a ginned up media spectacle hiding the deaths of many more innocents that day and every day in all sorts of other nefarious things going on in the world. The day 12 people died in DC, how many people committed suicide after a lengthy mental patient career of iatrogenic lies and harm? How many kids were droned to death in Pakistan by the war machine? How many single victim shootings occurred? How many traffic accident deaths?

I know I have a better chance of being felled in the street by a heart attack, not in the least thanks to the forced administration of toxic drugs that your profession forced into my body against my will. I have more chance of being struck by lightning than being gunned down by some guy with a machine gun.

When such events happen, one naturally, using the natural language, says that the man's gone mad who started to shoot people whom he didn't know. In a road rage if one carries a knife he might use it; otherwise he might punch the other one or just uses some abusive words. Regretfully, in the US factories manufactures guns that leave no ballistic for forensic. Why? Then who is mentally ill?