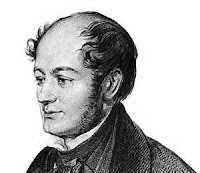 Psychiatry should look to von Feuchtersleben for its origins rather than Griesinger. This would cement its relationship with the rest of medicine better than Fitzgerald's proposal. It is in fact Fitzgerald's misunderstanding that undermines the relationship between doctor and patient.  Relations between people should not be reduced to objective connections in the brain. I've said before (eg. see previous post) that psychiatry should be seen as the pre-eminent medical speciality. The current president of the Royal College of Psychiatrists seems to agree with me in a tweet.
Posted by DBDouble at 9:38 pm