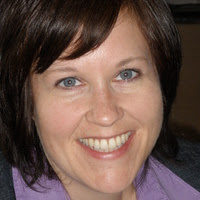 I have mentioned Susan Lamb's Pathologist of the mind in a previous post. The book has been reviewed by Andrew Scull in the TLS (see WSJ version). Andrew argues that "comprehensive reassessment of Meyer’s life, career and influence is long overdue" (is Andrew writing this thesis?) but suggests Susan's book isn't that work because it scarcely considers his later career. I think this judgement may be a bit harsh as Susan primarily seeks to defend Meyer's theoretical position, which was called "psychobiology", which I think was consistent through Meyer's life once he had switched from neuropathology. Andrew isn't convinced that Susan's been successful in her aim.

I've commented on Meyer favourably in previous posts (eg. see The psychogenic legacy of Adolf Meyer). I've argued that critical psychiatry is a neo-Meyerian perspective. This doesn't mean, like Andrew, that I'm suggesting a straightforward following of Meyer or 'resurrecting his ghost' (eg. see previous post). But Andrew says Meyer's programme was "largely devoid of substance" and that he was an emperor with no clothes. I agree Meyer's obsessional "quest for data" could become futile, but at least it ensured that the psychosocial reasons for patients' presentations were considered, which can't be said for much of modern psychiatric assessment. The problem is that the reality of psychiatry may be that it is "essentially empty" in Andrew's sense. It probably doesn't boil down to much more than relationships between people. If Andrew's hoping for more from psychiatry, I suspect he'll be disillusioned.

The biomedical model has an intrinsic advantage over psychobiology in that it provides an apparent clarity. But modern psychiatry seems more willing to hide behind absolute definitions rather than face the uncertainty of human action. Psychobiology is not an aetiological psychiatry, in the sense of providing psychoanalytical mechanisms or Kraepelinian disease entities. True, Meyer's tendency to fudge and compromise may not have always provided the best of ethical foundations for psychiatry. But I don't think Andrew should be quite so dismissive of Meyer's theoretical position, or Susan's attempt to explain it.
Posted by DBDouble at 10:48 pm