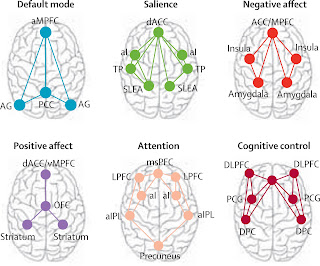 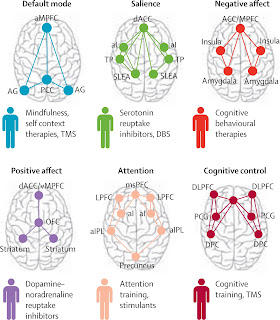 The language about brain circuits cannot be incorporated into clinically meaningful taxonomies because, although mental phenomena have a biological substrate, that substrate cannot tell us the meaning of mental phenomena. The psychiatry of the future will still have to interview patients to get them to tell their story. We can't see that in a brain circuit.
Posted by DBDouble at 7:36 pm