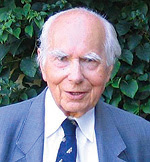 
This objective has always been the wishful hope of neuroscience. But maybe it needs to take a more pragmatic approach and realise that the mind-brain problem won't be solved, as it is a philosophical not neuroscientific problem. As far as psychiatry is concerned, this means that trying to understand the reasons for mental health problems and helping people deal with them is what is central for practice. Understanding their problems in terms of brain abnormalities is missing the point.
Posted by DBDouble at 10:36 pm

"the mind-brain problem won't be solved, as it is a philosophical not neuroscientific problem."

Hmmm, not sure... .If science had listened to every acclaimed thinker throughout history who thought a problem was too complex or mysterious to be solved by its methods, we would never have arrived at many of our species' greatest (and strangest) theories about the nature of the physical, chemical, biological and psychosocial universe. I'm just not sure we know nearly enough to close-off the subject of consciousness to scientific enquiry; and might even go as far to predict that the very best philosophical explanations of consciousness will ultimately be indistinguishable from science. That said, that's not an argument for perpetually looking for lost keys under a lamp post, because that's where the light is...

Instead of lamp post look into the stomachs of birds as far as the north pole, then you can find lots of the achievements of "the science that had" NOT "listened to every acclaimed thinker throughout history who thought a problem was too complex or mysterious to be solved by its methods." Then you can arrive, head diving if you like, into what the sewerage of greatest theories has collected from faeces of physical, chemical blah blah blah.

Do not bully humans with robotic Satanist ideas of science. Do not sign anonymous.

Sorry Peter Jones, I’m not sure I get you. What if science wanted to concern itself with the contents of birds’ stomachs from here to the North Pole to learn more about the damage of science’s ‘greatest’ inventions upon the eco-system (which, I assume from your post, it may already be doing)? I hope you would disagree that this is a too mysterious or complex question for science to attempt, and instead we should answer it through philosophy? Perhaps there is also something ironic about you expressing your disdain for science via the internet.

No Sir, I disagree. The problem I have put forward (stomach of birds) is philosophical; it is not scientific. Why? As you said, I agree that I would not search for the key under the lamp post (of science).

It is not ironic, sir that I am using the internet. Like Kafka's "Report to the Academy of Science," Science has projected a flood light into my eyes (in search of keys, perhaps), Now I can't see anything. I am begging them to project it into their own eyes, or to shut it down.

Having said that, I even do not know why do I use words, or fire or wheels, let alone using the Internet.

I'm not sure I entirely get you Peter Jones - this all seems a little too close to solipsism for me - but thanks for your time.

I mean as you are anonymous, it is not known if you are equipped with any of your "species' greatest (and strangest) theories about the nature of the physical, chemical, biological and psychosocial universe," such that one can give you a counter-argument.