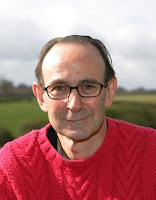 Oliver James has posted references on his website, which he mentioned in his talk given at the Limbus Critical Psychotherapy conference on 'Challenging the Cognitive Behavioural Therapies: The Overselling of CBT's Evidence Base'. The essential point he was making is that CBT outcomes over the long-term may not be as good as they appear in clinical trials over the short-term.

I've mentioned before the overstatement about the effectiveness of the Improving Access to Psychological Therapies (IAPT) programme (eg. How do we know that IAPT outcomes are not just due to expectancy effects? and Need to be realistic about value and effectiveness of psychological therapy). As pointed out by Hepgul et at (2015), even if recovery rates for IAPT are 50%, this means "approximately half of patients are not meeting standard definitions of recovery at the end of their treatments". As they go on to say, "Furthermore, it is likely that a substantial proportion of those who do recover may go on to relapse in due course".

One of James' references is Weston et al (2004). This article does not argue that brief, focal treatment cannot produce apparent powerful results over the short-term but recognises that relapse rates are high. Rates can be as high as 85% over 10-15 years (Mueller et al, 1999). The reality is that many psychiatric disorders are characterised by multiple periods of remission and relapse or symptom exacerbation over many years. Some people do seek further treatment after a course of IAPT or other psychological therapy. Weston et al (2004) found that roughly half of the patients in the active condition of clinical trials of empirical supported therapy for depression, panic and generalised anxiety had sought further treatment by 2 years post-treatment. Of those treated for depression, only third of those who improved remained so after two years. The figure for panic was slightly better at roughly half. Controlled data over the longer term is rare but one such study, the NIMH Treatment of Collaborative Depression Research program (Shea et al, 1992), found that 78-88% of those who entered treatment completely relapsed or sought further treatment by 18 months and that this was a no better an outcome than the controls. Uncontrolled data does suggest that the effects of psychotherapy are longer lasting at 6 months post-randomisation, at least for depression, although effects significantly decrease with longer follow-up periods (Karyotaki et al, 2016).

Clinical improvement is not the same as social recovery and there may be residual symptoms even for those classed as recovered with IAPT. In essence, we don't know how many of the so-called recoveries in the IAPT programme are due to the placebo effect or spontaneous improvement. People tend to get better anyway over the shorter term whether they go for IAPT or not. Saying that IAPT is a 'marvellous treatment', and misleading people about how effective it is, has to stop. This is no different from misleading people about how effective medication is (see previous post). I'm not saying that short-term therapy can't be helpful, but we do need to be honest about the limits of therapy. It may be tempting to overstate the case to obtain political funding for services but it's not scientific.
Posted by DBDouble at 10:03 am

Derek Summerfield is recognised as being a political activist/psychiatrist so it is surprising that in his interview with Julia Bland ,published July 2017 in BJPsychiatric Bulletin - Title - 'Profile: Derek Summerfield, Politics and Psychiatry', there is no mention of his membership of the UK Branch of the International Critical Psychiatry Network. Was the omission political?

Check out a reliable site about drugs and their adverse effects plus advise about how to deal with issues such as withdrawal; speaking to psychs and medics. It is worth bearing in mind that meds have different names - beware of being told they need to be taken for life in the way as for people with diabetes..make informed decisions, check user forums - Rxisk is the most reliable and trustworthy - CEO David Healy. the website and advice is free.