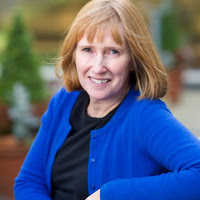 I went to an open-minded talk this lunchtime by Professor Dame Til Wykes about therapy for cognition in schizophrenia. She was prepared to consider the negative evidence for effectiveness of treatment, although she was clear that NICE should include cognitive remediation therapy (CRT) as an evidenced-based treatment in its schizophrenia guideline, which it doesn't do at present, as CRT improves cognition and reduces disability in schizophrenia (eg. Wykes et al, 2011).

Til Wykes was honest about her interest in CIRCuiTS (Computerised Interactive Remediation of Cognition - a Training for Schizophrenia), a web-based computerised CRT, which doesn't seem to be freely available on the internet. What worries me is that the cognition therapy industry may be based on an artefact. Let me explain.

If clinical trials are not double-blind, positive findings may merely be a self-fullfilling placebo amplification. The hypothesis that unblinding in clinical trials for antidepressants produces artifactual placebo amplification is controversial (e.g. see previous post). This should be less controversial for psychological therapies, such as CRT, as trials cannot be conducted double-blind (see eg. another previous post). At the most, an attempt may be made to single-blind the assessors, but disclosures by patients do occur, even if participants are told not to reveal their allocation, thereby breaking the blind. Such bias could explain the small-to-moderate effects found in meta-analyses of cognitive remediation.
Posted by DBDouble at 9:55 pm

I cannot make head nor tail of this blog post.

No, it's me being a bit dense!