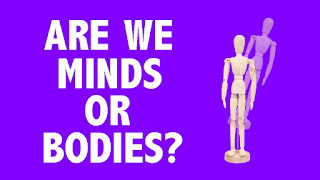 I like this thought. I also wondered if we really do best say that it's meaningless to talk of a relation between mind and body, or whether we should stick to saying that the relation is not between two separate things, and is not often helpfully described as causal? (We might instead want to say there is something like a mereological relation between a person and his or her mind and body.) On the one hand we surely want to avoid: substance dualism; interactionism; interpreting 'conversion' (when thinking of hysteria) in a literal, causal, fashion; etc. On the other we don't (in talking of 'identity') want to court the nonsense that results from committing the so-called mereological fallacy (the nonsense of ascribing to the human body what can only be ascribed to the human person). I find it helps if I resist thing-ifying talk of 'the mind', as if there really was here some discernible, banally physical or spookily immaterial, entity under consideration - and instead go back to thinking about the sentient thoughtful human being and his or her sundry psychological attributes, which attributes (thinking, seeing, being aware, being conscious, feeling, etc) are sensibly ascribed neither to minds nor to bodies, but instead to plain old people.

Human beings are beings inhabiting bodies and they have minds.