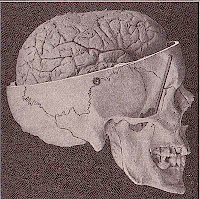 Of course we have known for some time from clinical evidence that antipsychotics cause brain damage in that tardive dyskinesia is not necessarily reversible when antipsychotic medication is discontinued. This is reflected in the finding of a specific increase in size in the putamen in the present study. We don't know that brain changes are necessarily "bad" for patients, but, as the study itself concludes, we have to entertain the possibility that antipsychotics may have potentially undesirable effects of brain tissue volume reduction.
Posted by DBDouble at 11:10 pm

Tell that to Big Pharma.