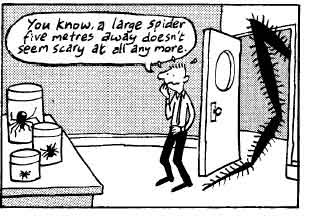 I absolutely agree.
I have been known for arguing that clinical psychologists should embrace the rise of manualised evidence-based therapies such as CBT, delivered within new service-delivery models such as IAPT (that is, leading psychosocial teams, rather than merely being one-to-one therapists), should lead clinical teams, coordinating other professionals' work (and hence bearing a 'management' tag) and - yes - taking Mental Health Act responsibilities.
I don't think the problem is that we - clinical psychologists - aren't prepared to take responsibility, it's that the system denies this.
The most pertinent example?
Just last week, we were told that people ('patients') would now get 'parity' by being able to choose their consultant psychiatrist. Well... how about choosing not to be labeled, given toxic medication and disempowered.
So... yes, absolutely, clinical psychologists need to take responsibility. And I assure you we will. But we need the system to change.

Glad we agree, Peter, although I have been critical of IAPT and how it has been "manualised", which you seem to support (see eg. post). Also, don't forget the input of doctors into the formation of BPS (see article).

"I would like clinical psychologists to take more responsibility as clinicians, even becoming responsible clinicians under the Mental Health Act"

There you have, it Duncan Double wants to force yet another profession on people against their will, this time "clinical" psychology.


I'll always have more respect for people who ESCHEWED soiling themselves morally irreparably by carrying out such deeply violent acts as choosing to carry out the force and bullying that the "Mental Health Act" exists to legalize.

Instead of calling for more profession's to be empowered to coerce, it would be nice to see you calling for the coercion apparatus.

And then reparations to the victims of state sanctioned brain assault. And in a perfect world, long prison terms for anyone who has ever wielded a syringe and ignored their victims' pleas for mercy and plunged it in anyway.

The violent abuse that is forced psychiatry needs to be condemned in the strongest possible terms and brought out into the light.