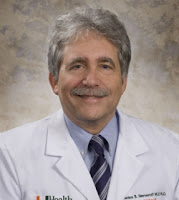 Nemeroff's lecture at IOP may not be that much different from the one he gave at NYU last year (see video). It may not be that exciting or interesting. His NIH grant in 2012 caused controversy because of his past ethical problems (eg. see letter from Senator Grassley). The project information for the study explains that he's wishfully looking for the genetic risk factors for PTSD. Maybe the Centre for Affective Disorders will also undertake similarly misguided research. Let's at least know from IOP where it's getting its funding from, because choosing Nemeroff as its inaugural lecturer for its new centre does not bode well.
Posted by DBDouble at 10:42 am

Our article on why psychiatry should be redefined as neuropsychiatry:
Science, Psychiatry and the DSM.
In Press at Turk Psikiyatri Derg.