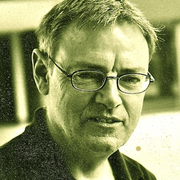 Roger describes the attractions of an ahistorical, posthumanist worldview, which may help to mediate neoliberal politics. At least he concludes that critique is even more "vital and urgent". So, maybe I need to keep going.
Posted by DBDouble at 12:23 pm