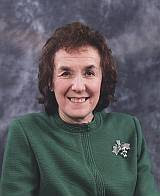 There does, at least, seem to be a need for a proper review of studies of brain scans of patients with psychosis or schizophrenia prior to them receiving antipsychotic drugs. If the Johnstone et al (1976) study is really the reason for the modern resurgence of biomedical psychiatry, its conclusion that cerebral ventricles are enlarged in schizophrenia may be totally based on an artefact.
Posted by DBDouble at 12:34 pm