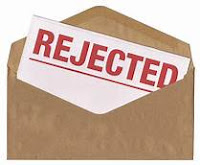 Nassir Ghaemi has published his invited commentary which was rejected for a new book on Thomas Szsaz (see article). It's the advantage of the internet that these pieces can still be published, as I know from my own critical psychiatry blog!

Of course, Szasz was known as an anti-psychiatrist (see previous post). I'm glad he had the academic freedom to promote his views (see another previous post). Szasz started at the Chicago Institute for Psychoanalysis from 1951–56. He was particularly influenced by Franz Alexander (see book).

But I worry that Ghaemi has become too much of an 'anti-psychoanalyst' by believing that psychoanalysis in the 1950s, when Szasz was in Chicago, "stunted any free thought". He argues that "[t]he psychiatry that Szasz railed against in his most famous book was full of myths and was mostly false", because it was primarily psychoanalysis. I agree that the prominence of psychoanalysis did help to make psychiatry more pluralistic then. But I don't think Ghaemi fully understands about the myth of mental illness (see another previous post). And, as I've also said before, "Despite his protests, he [Szasz] will always be associated with the history of anti-psychiatry" (quote from previous post).

I'm certainly not resting my criticisms of psychiatry on the same viewpoints as Szasz. Have a look at my actually quite generous, I think, review of one of his books (see book review).  But, in fact, Szasz was quite scathing (as he could be about lots of things) about the Critical Psychiatry Network (eg. see previous post), of which I am a founding member. I don't even take the same view as him on the insanity defence (see previous post).

I did wonder what was going on when Ghaemi seemed to become more questioning about psychiatric diagnosis (see previous post). But it's clear from the latest article that he hasn't given up his beliefs in biological markers and the genetics of mental disorder. This is why he thinks Szasz was wrong. But he's actually not arguing for the right reasons, which is what he accuses Szasz of doing (see another post). Let me work towards a conclusion with a quote from another previous post:-


The primary problem with modern psychiatry is its reduction of mental illness to bodily dysfunction. Objectification of those identified as mentally ill, by insisting on the somatic nature of their illness, may apparently simplify matters and help protect those trying to provide care from the pain experienced by those needing support. But psychiatric assessment too often fails to appreciate personal and social precursors of mental illness by avoiding or not taking account of such psychosocial considerations. Mainstream psychiatry acts on the somatic hypothesis of mental illness to the detriment of understanding people's problems.

Szasz was correct that he first made this argument in The myth of mental illness.


From my point of view Szasz undermined this argument by insisting on such matters as abolishing all psychiatric coercion. I've said before (see book review) that it can seem quite muddling arguing with Ghaemi but I've tried here to clarify the positions of Szasz and myself, not make them more confusing.


(with thanks to Neil MacFarlane whose tweet linked me to the Ghaemi article)
Posted by DBDouble at 9:26 pm

Perhaps it wouldn't matter too much what Nassir Ghaemi believes (and as you keep pointing out psychiatry is based on beliefs) if his (and others')opinions weren't effecting individuals' with mental health problems -who largely have no choice about who they end up consulting. How many of the 90.000 suicides mentioned were actually due to the medications they were prescribed by the way? How many were given an option of psychological or social assistance? People are dying from lack of any service at all in UK. Both Freud , whose personal background effected his beliefs as much as did Szatz', and Szatz have both harmed and benefited people subjected to their beliefs but things have moved on and I doubt if either come into the category of 'evil'. (re '...the evil men do lives after them').
Thankfully editors can no longer stifle debate altogether but they do still have influence in what gets promoted not only by the choice of articles requested and accepted or refused but by the choice of reviewers of books and publications. They are too often written by friends and colleagues who simply heap praise upon them , too few are critical friends. Is there anxiety about publishing critical reviews eg impact on relationships with colleagues; careers....? susanne

I agree it is an advantage of blogging that these issues can be discussed openly http://dbdouble.blogspot.co.uk/2016/06/blogademia.html

Szasz reminds me, in this one respect, of Aaron Beck: both started off in the 1950s, clearly impressed by and writing in support of a fairly crazy kind of psychoanalysis (i.e. the American ego psychology of the time with its strange reifications of psychic structures, unfounded aetiologies, spurious metapsychology, unhelpful quasi-physical medicalising, etc). Szasz wrote on bodily experience from what today seems a strangely arcane psychoanalytic point of view, whilst Beck tried to prove 'the' psychoanalytic theory of depression (in fact there were several, and 'retroflected hostility' was just one of them, and not the one apt for understanding his neurotic patients) and adopted face-saving measures when his inappropriate empirical methods (counting up dream themes!) didn't seem to support 'the' psychoanalytic theory. Both then threw the baby of motivational dynamics as a way to understand unconscious mentality out with the bathwater of American ego psychology, and both tried to promote instead their differently psychologically shallow frameworks for understanding mental disturbance. Yet they're both really interesting as case studies in that curious deconversion process whereby someone who is zealously into something that is frankly odd then flips over and promotes its antithesis which is equally odd. (Paul could, after all, be just as zealous as Saul.) It occurs to me that something similar may have happened for Szasz with the concept of 'mental illness': at first believing in it in a curiously literal way (ego psychologists did after all construe the mind as if it were a kind of body) only then, when realising that the concept doesn't work in various respect just like that of 'physical illness', rejecting it altogether.