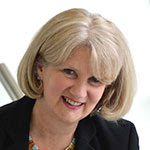 David Clark (who I have mentioned before, see eg. previous post) in his blog on IAPT at 10, seems to see the only challenge for the IAPT programme as being the need for further expansion. As I said in my talk, David Clark has said that his initial research interest was in psychotropic medication not psychotherapy. He has merely succeeded in encouraging the exploitation of the placebo effect with psychological therapy in the same way as for medication. Although people on average may well prefer talking therapy to medication, let's try and be more realistic about how we develop mental health services.
Posted by DBDouble at 5:30 pm