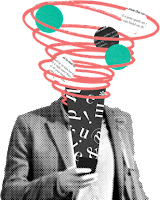 I do understand why Pariante wants to answer criticisms of psychiatry. He admits himself that the article is a "little bit of PR". But his attempt to create a positive view of psychiatry shouldn't lead to him unscientifically overstating his case.
Posted by DBDouble at 7:52 pm

"Pariante seems to think it is clear that cannabis causes schizophrenia, which is not the case"

The evidence for cannabis causing schizophrenia is lacking in some respect. And as any scientific claim in medicine and even more in psychiatry, that's hardly a surprise.

Before I take these "scientists" seriously, I want them to take me seriously and do the following: examine critically all of their cognitive biases, and weighing whether these biases impacts their claim.

Not holding my breath.

But as it is clear that there is motivated reasoning going on their part, it should be up to them to undertake that job.

While there likely is a complicated link between cannabis and "schizophrenia" (I'm using scare quotes for complicated reasons, but mainly because a rationalist I know, and not believe, that the map - i.e. diagnostic criteria are not the territory - i.e. what happens in reality.)

Because that currently is where the "debate" concerning cannabis and schizophrenia is at the current moment.

Moreover, there are many more issues in this debate to be addressed, but they cannot even be voiced currently, because A hasn't assessed B's claims of bias.

Engineered status quo in my opinion, that contributes to a health scare. And as we all know, and not believe: health scares have consequences who are not uniformly good, to put it mildly.

Any rationalist should understand what this is post is about. But alas, doctors are not rationalists. Far from it.

"He admits himself that the article is a "little bit of PR"."

Oh yeah. He admits that he is spouting bullsit.