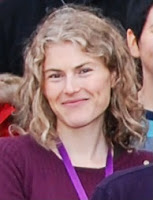 As Neill says, "By the mid-1970s, the concept of the schiophrenogenic mother seemed to have proven too elusive to be useful". Certainly any over-determined view of the familial origins of schizophrenia (which I don't think can be attributed to Laing) was abandoned. Understanding of the reasons for mental health problems is complex and there can never be a proof as such of their cause. Trouble is that too biological a view such as Sinclair's can also be overdetermined.
Posted by DBDouble at 1:28 pm