Looking back at the birth of postpsychiatry

I appreciate Duncan’s request to consider how postpsychiatry has evolved in my mind since the writing of Moving beyond Prozac, DSM, and the new psychiatry: The birth of postpsychiatry (2006). The book, which came out the same year as Pat Bracken and Philip Thomas’s Postpsychiatry: Mental health in a postmodern world, was the product of my layering an interdisciplinary PhD in arts, humanities, and cultural studies in with my previous training in medicine and psychiatry. At the time, I was director of a psychiatric day program at George Washington University. The book was designed to cross-think the many paradoxes I saw in the simultaneous emergence of biopsychiatry on the medical side of campus and contemporary theory on the arts and humanities side of campus.

The 'theory' at issue was widely called 'postmodern theory' and it produced lots of excitement in the academy (which helps explain why my book and Bracken and Thomas’s book came out at the same moment). That said, however, the term 'postmodern' was already becoming hard to think with since it signaled both a hopeful move beyond problematic aspects of modern thought and at the same time a pessimistic concern over the rise of a neo-liberal/neo-colonial global order. I was attracted to the more hopeful side and I tried to make it serviceable for re-thinking psychiatry — especially since psychiatry is such a quintessentially modernist discourse and practice.

Zigmunt Bauman coined my favorite version of the hopeful side, which to me is still worth quoting today:

Bauman’s both/and understanding of modernity fits also with my understanding and use of Foucault’s oeuvre over the years. Unlike Scull, at least as Duncan describes his thinking (see previous post), I do not see Foucault as for or against the Enlightenment. Such broad brush, ‘metanarrative’, judgements do not do justice to the complexity and contradiction contained within particular discursive communities. When you combine Foucault’s early work on madness with his later work on discursive practice, power dynamics, and cares of the self, what you get, as I read it, is much more of a process critique than a content critique. The critical edge of concern is about who gets included in knowledge making, who is excluded, why and how are these inclusions/exclusions made, who benefits from making knowledge one way verses another way, who is hurt, who cries out in pain and protest, and how much openness is there to diversity and multiplicity of knowledge practices, world views, ways of life, and various aesthetics of existence?

Longtime mad pride activist, Judi Chamberlin, beautifully captured the relevance for psychiatry of this kind of thinking when she protested the deeply problematic ways that George W. Bush was trying to reform the U.S. mental health system using primarily insider/expert perspectives. Judi Chamberlin, announcing that she was a “psychiatric survivor” and “an advocate” on consumer/survivor issues for more than thirty years”, pointed out:


A basic premise of the disability rights movement is simply this: Nothing About Us Without Us. The makeup of the Commission violates this basic principle. Just as women would not accept the legitimacy of a commission of “expert” men to define women’s needs, or ethnic and racial minorities would not accept a panel of “expert” white people to define their needs, we similarly see the Commission as basically irrelevant to our struggle to define our own needs.

Chamberlin argued that Bush’s reform process lacked the “expertise on the consumer/survivor experience” as well as the “expertise of disability rights activists, those knowledgeable about the legal and civil rights of people diagnosed with mental illness, and experts in community integration”. As I see it, this work of inclusion and diversity around mental health and mental difference continues to this day.

My own efforts since the postpsychiatry book involve work in two separate dimensions: the personal and the political. At personal level, I’ve tried to help articulate a narrative approach to clinical care which respects and facilitates people’s efforts to story their mental difference in a diversity of ways. Much of that work was developed in Narrative psychiatry: How stories can shape clinical practice. At the cultural/political level, I’ve worked to help augment mad pride activists voices and to help imagine alternatives to mental difference beyond the usual pathologizing clinical options. Pathologizing options focus on what is bad or broken that needs to be fixed. Celebratory options emphasize what is good about mental difference rather than what is bad or broken about the difference. These celebratory approaches see the increased sensitivity and yearning at the heart of much difference as a good thing rather than a bad thing — or at least as having something quite good mixed in with the bad and/or difficult. How can sensitivity and yearning be good? Because we want our political, spiritual and aesthetic leaders to be sensitive to the possibility that we could do better and, rather than simply take their medicine or see their shrink to dampen their sensitivity and yearning, we want to hear their perspectives and the possibilities these could be feedback to creating a better world. For samples of this kind of thinking, one might look at an article I wrote ‘A deep ethics for mental difference and disability: The ‘case’ of van Gogh’, and one I participated in ‘Mad resistance/mad alternatives: Democratizing mental health care’.

To me this ongoing work is still in the basic realm of postpsychiatry as it was initially outlined in both my book and in Bracken and Thomas’ version. The demand on thinking for people in psychiatry concerned with mental health and mental difference continues to be helping modern clinical care accomplish the on-going task that Bauman articulates for modernity writ large. Whether we call it “postpsychiatry” or not is less relevant. 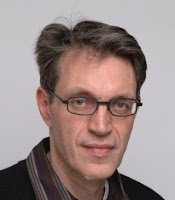 Bradley Lewis is associate professor at New York University's Gallantin School of Individualized Study. He is the author of Moving beyond Prozac, DSM, and the new psychiatry (2006), Narrative psychiatry: How stories can shape clinical encounters (2011) and Depression: Integrating science, humanities, and culture (2011). See his list of papers and books.
Posted by DBDouble at 4:31 pm