Changing what doctors say about antidepressants 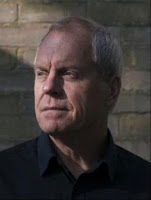 Kendrick & Collinson (2022) discuss the Moncrieff et al (2022) umbrella review about serotonin and depression (mentioned eg. in a previous post). As they say, doctors should not tell people with depression that antidepressants correct an imbalance or deficiency of serotonin, or that they will necessarily need long term treatment. It may well be helpful if the Royal Colleges of General Practitioners and Psychiatrists endorsed this view publicly. Trust between patient and doctor is paramount and doctors have been allowing people to believe that the serotonin theory has been proven, when this is clearly not the case.

Not that I completely agree with what Kendrick and Collinson say about antidepressants. Doctors have obviously used the serotonin imbalance theory as a means of persuading people to take their medication. True, Joanna Moncrieff probably makes too much of SSRIs being emotional suppressants (see previous post) but I do not think she has used the Moncrieff et al (2022) study to justify her scepticism about the efficacy of antidepressants, which is based on independent evidence.

In fact, Kendrick & Collinson do not reference probably the best summary of such effectiveness data (see previous post), which ironically was also published in the BMJ like their editorial. As far as they are concerned antidepressants are effective and typically quote Cipriani et al (2018a) in support, without quoting Cipriani et al (2018b) which provides a more sober interpretation of their findings. Cipriani et al merely conclude that antidepressants may be effective and do not go as far as Kendrick & Collinson in necessarily dismissing more sceptical interpretations of the data (see another previous post). Kendrick & Collinson clearly do not believe the placebo amplification hypothesis as an explanation of the clinical trial data, quoting Hieronymous et al (2018), but do not give a critical enough analysis of that paper (see yet another previous post). They are also too cavalier with the recent Stone et al (2022) study (see previous post), saying that some people experience a substantial response on antidepressants. However, this may be due to those subjects breaking the blind (see note from Irving Kirsch in Radoslaw Stupak's tweet). They also overstate the implications of the ANTLER study, to which Kendrick himself contributed, about maintenance treatment and withdrawal symptoms (see previous post).

Kendrick & Collinson are clearly fearful how patients may react if they interpret the scientific evidence as meaning that antidepressants are not effective. There are risks from stopping antidepressants. Doctors do need to provide as accurate data as possible to help people make up their minds in the inevitable uncertainty about the effectiveness of antidepressants. This includes no longer misleading them about the serotonin theory.