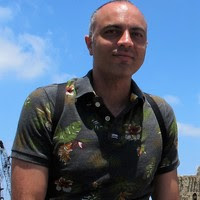 I'm hoping this blog may help to clarify what Mohammed meant by his tweet. Once I've understood, maybe this issue does need to be taken forward in debate in a scientific article. There does need to be further discussion about the validity of the functional/organic distinction of mental illness.
Posted by DBDouble at 10:27 pm

I too think it a very good idea to keep the organic/functional distinction. It does real conceptual/phenomenological work for us, and helps us look in the right direction for causal understanding and viable treatment. It seems to me that most people who want to abandon it do so because in a knee-jerk way they mistakenly believe it inscribes an untenable mind/brain dualism in the heart of our psychopathology. But it rather seems to me that they, and not psychopathological science and diagnostics per se, are the ones guilty of importing an untenable philosophical position into the discussion. In short, there's no reason at all to think that our designation of some mental disorders as 'organic' means that we're saying that those other mental disorders we instead call mental illnesses, or 'functional' disorders, have somehow nothing at all to do with the brain. To think in that way is simply to fail to have a good look at how the actual 'language games' of 'functional' and 'organic' mental disorder work.
So, one idea is, as Duncan says, that organic mental disorder is necessarily caused by brain disease. And that seems a decent idea to me. But I think we can also work from the other side, as it were, and ask what it means to have a mental illness (a functional mental disorder) proper. I doubt this is to be merely negatively defined (as 'mental disorder not caused by brain disease'). Rather, we're looking at certain distinctive ways in which some aspects (e.g. utter overwhelm-avoiding aspects) of the mind's functioning come to get in the way of other aspects of its reality-adaptive functioning and flourishing. For example, rather than the mind coming to grips with two conflicting (and so anxiogenic) feelings or impulses by developing the requisite capacity to handle both of them ('on the one hand this, on the other hand that... with the overall synthesis being such-and-such) and take appropriate courageous action, the mind fails to master the tension that is shaking it apart. Instead it goes into a breakdown mode, perhaps developing what we call 'symptoms' - e.g. obsessions that can then be relieved for a while by compulsive acts, or delusions that give an external thematisation of what can't be tolerated within, or avoidance of situations which enliven the conflict, or self-stultifying habits which solve the conflict by diminishing one's sense of worth, or somatisation to create a distracting alternative quasi-medical narrative about what's wrong and how it may be relieved, etc. Something like this scheme is to be met with throughout our various psychological schemes, and it seems to me it's only ever been intellectually marginal creations like the DSM which try to articulate what it is to suffer mental illness without making mention of their psychological causal/maintaining factors.

Before resolving the Functional / Organic dispute it is necessary to resolve the model one is using to understand mental illness. First I would like to postulate that the model used is also applicable to the whole human condition and that any model which fails to do so should be considered reductionist. While working in Psychiatry the only satisfactory model I found was the Being Mind Body Model which includes the Brain as part of the body and includes not only social, family, educational but also past life influences. This model can be used to explain psychiatric symptoms but also psychosomatic disorders, evidence from regressive type therapies like hypnotherapy, placebo effects and other phenomena.

The advantage of such an inclusive model is its wide applicability while it’s complexity is a disadvantage it can still be used as a framework for more specialized research.

In answering the functional / organic dispute one needs to look at the relationship between the body and the being. Observation supports the proposition that while the being can influence the body can also influence the being. To resolve this dispute it is necessary to see which treatment is successful, If treatments, like rehabilitation, focused on making the being better are successful then we are dealing with a functional disorder.

While it is undoubtedly true that environmental pressures working on life forms produces changes in these forms to extrapolate and say that the same forces working on inorganic matter produced life while possible is highly unlikely and is not good science. Further as scientist it is important that we follow the evidence and not get stuck in a science is right religion is all wrong. I am not a supporter of the monotheistic religions and am not a Buddhist but where evidence supports what have been considered religious beliefs it is not scientific to reject these concepts