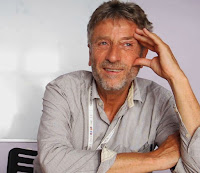 Bolton & Gillett argue against physicalism. Persons do need to be understood as biological processes. An integrated biopsychosocial model studies people within the framework of biology. A mechanistic conception of nature fails to provide a complete characterisation of living systems (see previous post). We need a new organismic biological perspective to enrich the integrated mind-brain understanding promoted by Engel for medical and psychiatric practice.
Posted by DBDouble at 9:14 pm