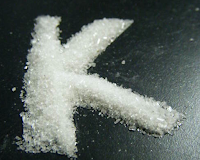 However, evidence emerged after 1960 that amphetamine is truly addictive, instead of merely habituating. The introduction of monoamine oxidase inhibitor and tricyclic antidepressants from the end of the 1950s did not immediately lead to a significant decline in prescribing of amphetamines, but eventually the claim that the newer drugs were superior to amphetamines held sway. Amphetamines and barbituates had nonetheless seemed better to doctors than the bromides and nerve tonics that had been prescribed up to the 1950s. Psychiatrists used to complain that GPs, when they did use the newer tricyclic antidepressants, did not use them in sufficiently high enough therapeutic doses. This complaint was heard less when the SSRIs were introduced in the 1980s, perhaps partly because fluoxetine, maybe the most successful SSRI, was initially introduced at a single dose.

50 years may seem a long time not to have had any new pharmacological treatment for depression but it's important history isn't repeated. It actually wasn't that long ago that the epidemic of amphetamines was created by doctors. Do they really want to do the same with ketamine?
Posted by DBDouble at 9:53 pm