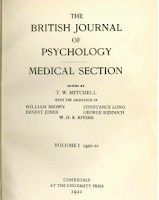 I'm sure there is a need to protect professional psychological expertise, but there are also advantages in extending general interest in psychology. Professional separation of medicine and psychology is not always helpful.
Posted by DBDouble at 3:50 pm