Does psychiatry need a diagnostic system? 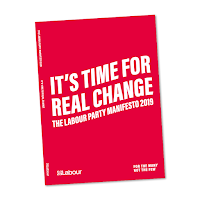 As I said in a previous post, when commenting on Lucy Johnstone’s article on whether mental illness exists, I was left with the issue about the nature of illness. I’m even more focused on this question, as I am reading Peter Kinderman’s book A manifesto for mental health. Like Lucy, Peter does not want to see emotional problems as illness. He, therefore, doesn’t want to see ‘psychological health issues’, as he calls them, as pathological. He wants to ‘drop the language of disorder’.

I think I do understand what Peter means when he says, “Madness and sanity are not qualitatively different states of mind”. There may not be an absolute distinction (see previous post). I agree with him that psychiatric diagnoses are not ‘things’. We need to focus more on “how and why we feel or act the way we do” rather than naming mental health problems. I even agree that psychiatry could still be practised without a psychiatric classification system (see previous post). Such a situation may well have benefits, as it would encourage psychiatry to focus on formulation, rather than biomedical diagnosis.

Talcott Parsons described the two rights afforded to people in the social role of being sick:-


1. The sick person is temporarily exempt from performing ‘normal’ social roles (such as going to work or housekeeping). The more severe the sickness, the greater the exemption.

2. A genuine illness is seen as beyond the control of the sick person and not curable by simple willpower and motivation. Therefore, the sick person should not be blamed for their illness and they should be taken care of by others until they can resume their normal social role.

These rights are conditional on the patient following two obligations:-


1. The sick person is expected to see being sick as undesirable and so are under the obligation to try and get well as quickly as possible.

2. After a certain period of time, the sick person must seek technically competent help (usually a doctor) and cooperate with the advice of the doctor in order to get better.

Peter thinks simply listing people’s actual experiences and problems is sufficient rather than seeing them as ill. He doesn’t object to people taking time off work “if we’re depressed, or anxious or hearing voices”. And he acknowledges for some that “personal circumstances mean that we can no longer work on a permanent basis”. I agree with Peter that provision of services may only be connected loosely with psychiatric diagnosis. But I worry that by focusing so much on psychological aspects he has ignored the social implications of these experiences and problems. Health care may well be provided for people who are not ill as such, but that doesn’t necessarily invalidate the notion of illness.

People who are disabled also may not necessarily be ill. There is a need for judgement about whether people are ascribed the sick role. If people are in need, the reason for it may be illness. Not all need may be due to pathology, but some of it might be. I just worry that Peter’s insistence on avoiding pathologising is more technical than practical. His laudable aim to encourage understanding of the reasons for mental health problems may undermine the pragmatic sense in which mental illness can be like physical illness. Of course the concepts are not identical. Certainly functional mental illness should not imply physical lesions (see eg. previous post). But there is sufficient overlap for the concept of mental illness still to be useful and valid.
Posted by DBDouble at 6:38 pm

Duncan - the obligations requiring people to seek advice would hold if only the 'professional' was competent and able to give the individually tailored help to the person . It could be simply time to develop their own strategies to get well - this is not possible if people are claiming 'benefits' and are subjected to harmful controls ontheir lives. Susanne