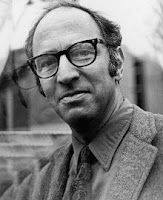 Giovanni Fava (who I've mentioned previously eg. see post) quotes from Thomas Kuhn’s The Structure of Scientific Revolutions in an article about the importance of pluralism and the challenge to current paradigms in medicine: "Novelty emerges only with difficulty, manifested by resistance, against a background provided by expectation". Critical psychiatry seeks to help psychiatry move on from its current biomedical dominance (see previous post).

Fava describes obstacles to change, including: (1) barriers to publishing, such as the commercial nature of open-access journals, requiring contributors to pay for publishing, as truly innovative research is unlikely to be funded (2) special interest groups, including so-called key opinion leaders, using their power to suppress conflicting information and bias interpretation of the evidence (3) the pseudo-objectivity of evidenced-based medicine failing to recognise its limitations, and (4) the general lack of familiarity of researchers with clinical practice meaning that research lacks clinical relevance.

I've argued that social media can help maintain freedom in an academic system motivated by commercial interests (see post on my personal blog). I have used this blog and tweeting (@DBDouble) to promote critical psychiatry. But we do need academic journals, as Fava says, to "host dissent, debates, and heresy, as long as they are supported by methodological soundness" (see previous post). Academic psychiatry needs to be rebuilt by the recognition of the limits of biologic research (see previous post). Medicine in general needs to be rethought (see another post on personal blog).
Posted by DBDouble at 2:12 pm