In favour of the person 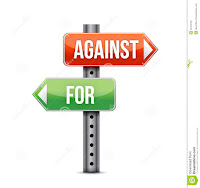 I’ve mentioned before (eg. my article) that Martin Roth saw anti-psychiatry as “anti-medical, anti-therapeutic, anti-institutional and anti-scientific”. He made it sound very negative being against all those things.

Actually, relational psychiatry is anti-positivist, anti-reductionist, anti-institutionalisation and anti-racist. It’s against all those things because the fundamental problem of psychiatry is the objectification of people.  It also recognises the limitations of treatment and that there are differences between psychiatry and the rest of medicine.

So, what it’s positive about is people and their relations in social context. The extent to which psychiatry has a tendency to be positivist, reductionist, institutionalised and racist undermines its proper, personal task of supporting people with mental health problems.