Principles of the Mental Health Act 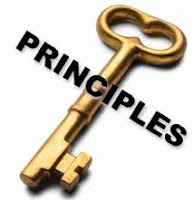 I've indicated before (see previous post) that I think the White paper on reform of the Mental Health Act (MHA) actually dilutes the principles in the current Code of Practice. I'm not exactly sure where the four principles come from that were produced by the Wessely review and went into the White paper: choice and autonomy; least restriction; therapeutic benefit; and the person as an individual.

The current Code of Practice in chapter 1 has five overarching principles: least restrictive option and maximising independence; empowerment and involvement; respect and dignity; purpose and effectiveness; and efficiency and equity. I do not think these principles should be replaced without clear reason, which the White paper does not seem to provide. These principles were strengthened when the Code of Practice was revised in 2015 from the Code first published in 2008. Certainly they seem stronger and more comprehensive than the White paper principles.

For example, having maximising independence as part of least restriction seems more positive. Similarly, empowerment and involvement as a principle seems better than mere choice and autonomy. The continual complaint of patients found by the independent review was the lack of respect and dignity they experienced in treatment, so it is helpful surely to have these as principles, whereas they are not included in the White paper. Adding person-centred care as a principle, which is presumably what the review meant by person as an individual, is helpful, as people should not be treated as objects. I think this was meant to be covered by purpose in the current Code of Practice. Effectiveness is not the same as efficiency and this distinction may be lost in the more generic term of therapeutic benefit. And anyway, isn’t the whole point of the Act for treatment (and assessment)?, so I’m not sure what’s added by including therapeutic benefit as a principle.

Considering the mistreatment of patients uncovered by the investigations into Winterbourne View and Whorlton Hall (see last post), I think there needs to be explicit reference to the principle of avoiding  inhuman and degrading treatment. Part of the motivation for the Wessely review was because of racial disparities in the application of the Act (see eg. previous post), so I think anti-discrimination, including anti-racism, should also be included as a principle.

It is surprising to me that so many people seem prepared to accept that any change in the MHA is better than none, when there is good evidence that the principles proposed in the White paper are insufficient. There needs to be proper scrutiny of the White paper proposals.