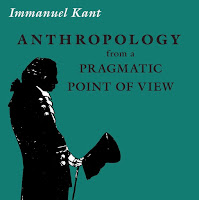 Many thanks for your blog!

Just a short comment: on your first comment, what Foucault means by explosion of the diagnostic field is, I think, that, before the early 19th century and the birth of psychiatry, doctors had already charted elaborate diagnostic tables, which were reorganized during Pinel's and Esquirol's time, according to the criteria of subjectivity and truth-the absolute diagnosis between madness and non-madness, and other categories determined by the criterion of reason. With the insertion of the criterion of the voluntary/involuntary axis, conditions previously belonging to the jurisdiction of morality and justice became clinical categories. In his Abnormal lectures, Foucault lists a number of conditions which became clinical entities only after the 1860s-1870s: kleptomania, arsonism, exhibitionism, homosexuality. The point is that, for the sake of 'objectivity', positivism tries to make objective natural facts the criterion of diagnosis, whereas, Foucault argues, I think correctly, that it is in the personal manifestations of illness that such criteria should be found. (I think it has been recently discussed that DSM criteria should derive from genetic markers or disorders in neurotransmitters. I can't remember exactly when and where a Professor at Maudsley suggested the replacement of the stigmatizing term 'schizophrenia' with the title 'dopamine disorder syndrome'. I shall look it up)

Foucault's anatomoclinical considerations are indeed abundant, but unfortunately I didn't have enough space to develop them (the required limit was 5,000 words). Already in his very early writings (in Mental Illness and Personality where he discusses Pavlov, and Mental Illness and Psychology where he discusses Jackson) Foucault gives what I think is a brilliant account of these materialist theories, without discrediting them. He does, however, say that those theories are not materialist enough, as they lack the concrete dimension of the person. What I tried to point out was that in the positivist age, the problem is not the overemphasis on natural processes, but in the reduction of the person/nature relationship to a relationship between freedom and necessity. As you brilliantly show in your paper, the person is not identical to freedom, as it is formed in the process of social and other interactions, and nature is not equivalent to law and necessity, as it is open and relational.

All the best! John

On 10 Sep 2021, at 10:30, John Iliopoulos wrote:
﻿
PS. On the first comment, if involuntary behaviours and genetic or neurochemical data become the criteria of diagnosis, then every possible human behaviour becomes a potential psychiatric category and the diagnostic field expands endlessly, based on quantitative gradients. Qualitative limits are needed..

﻿Thanks for your clarifications, John. Your erudition about Foucault should be more widely known. To be honest, I hadn’t realised the reference to “explosion of the diagnostic field” was from Foucault (rather than you). I agree it’s absurd to expect to be able to understand primary mental illness in physical terms. What you’ve taught me is that Foucault saw some value in the anthropological approach of alienism. Historians in general should make more of the two phases of development of psychiatry from anthropology to positivism. The best book that I’ve come across in this respect is Verwey (1984) Psychiatry in an Anthropological and Biomedical Context which has considerable detail and as far as I know was not influenced by Foucault. Of course, what’s important is not only the detail but also the genealogical understanding that Foucault provides for the critique of psychiatry.