The opposition between psychogenesis and organogenesis of mental disorders 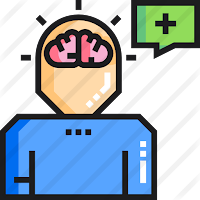 I mentioned Yorgos Dimitriadis’ History of Psychiatry paper in a previous post. This is part I of his ‘History of the opposition between psychogenesis and organogenesis in classic psychiatry’.


Probably the first person to speak of functional disorders was the Scottish physician William Cullen in 1776 (Minkowski, 1935). According to Cullen (see Minkowski, 1935), these were diseases that were not caused by organic alterations of cells or of nerve fibres, but by anomalies in their functioning in various parts of the nervous system without any precise anatomical corollary – anomalies of an erratic and fleeting character, and in theory reversible. ... The term ‘functionalism’ (a word that in 1866 Louis Fleury opposed to ‘organicism’; Starobinski, 1999: 393) was also sometimes used, though it did not persist for long. ... [T]he term ‘functional’ was already present in Pinel’s followers, in particular Georget, who considered it to be a principle of mental alienation.


As I mentioned in a previous post, psychiatry expanded in the last third of the nineteenth century to include a broader range of what we came to call neurotic conditions. Traditional categories such as hypochondriasis, hysteria and melancholy tended to be incorporated into psychiatry as having a bodily cause. This way of viewing these illnesses created hypothetical disease entities, such as George Beard’s ‘neurasthenia’. As Dimitriadis says,


Neurasthenia ... was described by Beard in 1880 (see Minkowski, 1935) as a mainly somatic disease, with alterations of the blood, internal organs and the sympathetic nervous system, although it also came with psychical disorders such as feebleness of will, character alteration, irritability, and so forth.

Hysteria was also considered a reflex neurosis, “that is, a disorder originating from the viscera, and more specifically from the genital organs, according to Hippocrates’s theory which was able to maintain itself for so long”.

Describing the psychical element of functional diseases began with


the study of hysteria by Briquet (1859), who imputed an essential importance to psychical and moral factors that deeply affect the human personality, while admitting that there are specific regions of the brain that serve as the basis for various disorders. The work of the Nancy school (Liébault, Bernheim) on hypnosis and suggestion (see Minkowski, 1935) impacted on the evolution of these ideas, establishing the effects of psychical factors on the nervous system, both somatic and visceral. ... Charcot stressed  the importance of affective factors that may strike the imagination or the feelings, with regard to the preparation, triggering and causal determination of neurotic disorders.


Babinski, previously the head of Charcot’s clinic, went further and reduced hysteria to  pithiatism, that is, to phenomena that can be triggered and eliminated through suggestion.  This had the effect, as observed by Ehrenberg (2004), of sealing off neurology from the unobjectifiable. His contribution, according to Ehrenberg (2004: 137), is ‘having established a boundary separating the neurological from the pathological, thus questioning our ability to understand mental states from cerebral ones’. Babinski thereby opposed Charcot who wanted, through the anatomo-clinical method and based on objective grounds (p. 137), to establish a physical semiology of hysteria (stigmata, for instance).


A further stimulus to the study of functional disorders came from the effect of trauma, emphasising


the presence of heightened affective irritability and of an increased influence of emotional factors on motor, sensitive and – even more importantly – on vasomotor and secretory innervations, that is to say on the vegetative nervous system.

Freud changed hysteria’s status to a condition resulting from psychological causes. “Likewise, Janet (see Le Gauffey, 1992a, 1992b) distinguished from Beard’s neurasthenia those cases in which psychological factors play a predominant role, and gathered them under the term psychasthenia.“

Dimitriadis moves on to note that:-


Jacques Vié (1934), ... observed that the term functional was used for two very distinct categories of events, either related to morbid processes, or else in continuity with normal functions ... [and that] functional disorders extend beyond the boundaries of organic pathology ... produced in the relation between the organ and the object of its function


Von Monakow (see Minkowski, 1935: 17) regarded neuroses as prolonged affective reactions, generally psychical ones, arising from the personality against intense assaults.  These assaults, often repetitive and cumulated, target the personality’s instinctive sphere, that is, its most vital interests, and can affect the subject’s sexual life as well as his physical, psychical or moral integrity by way of trauma, disease, depravation, outrage to one’s prestige and honour, and so forth.


As I said in my previous post, I’m very grateful to Yorgos Dimitriadis for making available in English this summary of the historical literature in French. It very much enriches my simplistic discussion of the nature of functional mental illness in another previous post. I look forward to reading the second part of his article.
Posted by DBDouble at 10:49 am