A history of critical psychiatry in four books 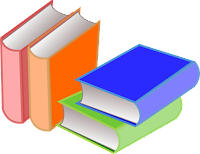 I hesitate to follow Tom Burns' example, when I've criticised him for not putting the history of anti-psychiatry properly in context by focusing on four books (see previous post). But at least he did highlight four essential texts. Here's what I think are the four essential texts of critical psychiatry.


1. Pathological child psychiatry and the medicalization of childhood (2002) by Sami Timimi

I've mentioned in a previous post how Sami Timimi felt indoctrinated in his psychiatric training. There is an orthodox medical approach to the problems of interpreting and treating mental disorders and any challenge to this orthodoxy tends to be suppressed by mainstream psychiatry (see my book chapter). I too struggled in my training but did my senior registrar training in the Sheffield University department of psychiatry (see my article), where Alec Jenner was Professor of Psychiatry and in tune with my views (eg. see previous post).

Child and adolescent psychiatry always tended to be a haven for those that found the biomedical overemphasis in adult psychiatry too difficult, as major mental illnesses do not really occur in children. Much of Sami's writing, including this key text, are about the increasing biologisation of child and adolescent psychiatry over our working lifetimes. For example, when both he and I trained, childhood depression was regarded as uncommon and different to adult depression (see previous post). Doctors have become much more ready to prescribe antidepressants in childhood and adolescence (see eg. my BMJ letter).

My review of this key text highlighted, as does Sami, how psychiatric diagnosis in childhood and adolescence oversimplifies children and young people's problems. Sami shouldn't have had to be in the position of resisting what he was being taught in his training. Psychiatry is a pseudoscience if it speculates beyond the evidence, and it is inevitably value-laden. The positivist reduction of mental illness to brain disease can't hide this fact. Read the book for a refreshingly honest engagement with the issues posed by psychiatry.

The term ‘postpsychiatry’ was coined for a series of short articles for OpenMind magazine from 1997-2001 (see previous post). Postmodernism is seen as a departure from modernism and challenges its basic assumptions. Psychiatry has been dominated by the biomedical model since the mid-nineteenth century, although the degree of its dominance has fluctuated, with the period 1900-1970 being one in which psychological causes of mental illness were relatively more likely to be entertained, if only because of psychoanalysis (see eg. my conference paper).

Postpsychiatry emphasises the importance of contexts, values and partnerships and argues for a new type of psychiatry. It suggests that society’s faith in science and technology has diminished. Values are important as well as evidence. The notion of objective reality is suspect. As far as medicine is concerned, it is now recognised patients have expertise themselves and need to come to an arrangement with doctors in which their expertise is shared with doctors' expertise. Fundamental questions remain about the legitimacy of psychiatry despite the onslaught of anti-psychiatry. Postmodernism was a fashionable movement and Pat and Phil tied critical psychiatry to it, although they did not mean this link to postmodernism to usurp other critical approaches.

Essentially postpsychiatry sees the modernist agenda of psychiatry as no longer tenable because of various postmodern challenges to its basis. As I said in my book chapter:-


These [challenges] include questioning simple notions of progress and scientific expertise. The rise of the user movement, with its challenge of the biomedical model of mental illness, is seen as being of particular importance. Recent government [new Labour at the time] policy emphases on social exclusion and partnership in health are viewed as an opportunity for a new deal between professionals and service users. Postpsychiatry is, therefore, context centred and takes its philosophical foundations from 'hermeneutical' philosophers such as Wittgenstein and Heidegger and the Russian psychologist Vygotsky. Such approaches give priority to meaning and interpretation rather than causal explanation.


Pat and Phil have moved on in their deconstruction of the authority of modern psychiatry (see previous post). They highlight five dimensions of the critical psychiatry project: ontological, epistemological, empirical/therapeutic, ethical and political. They also make clear that critical psychiatry challenges the technological paradigm, rather than just the biomedical paradigm, recognising that psychological, not just biological, understanding can also be mechanistic. Reductionism and positivism have dominated mental health practice and research too long.


3. Institutional racism in psychiatry and clinical psychology (2017) by Suman Fernado

Human rights are violated globally in mental health services (see eg. previous post). Mental health problems are culturally embedded in the social, economic and political conditions of countries. The aim of services should be to reduce and eliminate ethnic inequalities in user experience and outcome.

I have commonly said that critical psychiatry has its origins in anti-psychiatry. However, anti-psychiatry had little to do with issues of race and culture. David Ingleby (see previous post), who originated the term 'critical psychiatry', is Emeritus professor of intercultural psychology at Utrecht University and his main interest has been in migration and health. In his book chapter, he explains why there is this important overlap between critical psychiatry and intercultural mental health. This is because of the importance of social context in the understanding of people's mental health problems and the unwarranted medicalisation of these problems. Low- and middle-income countries need to develop locally relevant approaches rather than follow the biomedical methods of high-income countries (see eg. previous post). Mental health service development should not be colonised by biomedical psychiatry.

My choice of this key text from amongst all Suman's writings is because it is explicit about institutional racism. For example, black people in particular are almost 4 times more likely than white people to be detained under the Mental Health Act. Black compared to white patients are diagnosed more frequently as schizophrenic by both black and white clinicians - although to a lesser extent by the former. Issues of racism need to be dealt with in society in general, not just in mental health services, and racial bias has always existed (see another previous post).

Institutional racism, and corruption in general, develop when systemic practices, which are legal, accepted and normative, nonetheless undermine the integrity of the institution. An essential message of critical psychiatry is that psychiatric organisations need to recognise and correct their own institutional racism and corruption (see eg. previous post). Mental health services need to change (see previous post). Critical psychiatry exposes the corrupting self-interests of modern psychiatry to support the wider acceptance of its focus on the person in mental health services.

Joanna Moncrieff is Professor of critical and social psychiatry at University College London. As a trainee at the Maudsley hospital, she set up a Critical Psychiatry Group, and I think the reason the Critical Psychiatry Network (CPN) adopted its name is more because of Jo than anyone else. She has been the co-chair of CPN since it started in 1999.

Critical psychiatry is not so much making a case for ‘the myth of mental illness’, as was Thomas Szasz (see eg. previous post), but for ‘the myth of the chemical cure’, as in the title of this key text. Critical psychiatry is prepared to engage with the evidence about psychiatric treatment. It takes a sceptical approach, emphasising the bias in the literature created by methodological problems with clinical trials, such as unblinding (see eg. my OpenMind article). Jo and I did an article together summarising the methodological biases in clinical trials. It is possible the general small effect size of trials could be explained by expectancy effects introduced through unblinding and other biases. For example, placebo amplification is seen as a valid explanation of the data in antidepressant trials (see eg. previous post).

Jo is at the forefront of this sceptical analysis of the evidence-base for psychotropic medication. Her The bitterest pills (2013) (see my review) focuses specifically on antipsychotics. She makes clear that the prescription of psychotropic medication can be more marketing-based rather than evidenced-based. Jo's drug-centred rather than disease-centred model of prescribing focuses attention on what psychotropic drugs actually do, rather than what they might be doing to correct any postulated abnormality, assuming they're effective in the first place. The problem is that mental health problems are too readily seen as brain disease, whereas treatments may well be inadvertent placebos.

Far too much of the emphasis in assessment in clinical trials is on short-term outcome. People may even possibly do better in the long-term if they work through their problems without psychotropic medication (see eg. previous post). Doctors tend to focus on short-term fixes, tend not to be psychologically minded, instead thinking they are treating a biological illness, and are too quick to peddle medication without discussing its limitations.

The choice of these four books is necessarily selective.  However, if you're asking me where I think you ought to start if you want to read about critical psychiatry, I would suggest you start with these four books.
Posted by DBDouble at 6:47 pm