I'm very grateful to Jay Joseph for agreeing to do this guest blog to respond to a post by Awais Aftab written in response to my previous post.

Awais Aftab’s arguments in his 3/21/2020 post 'Defending aggregate genetic effects in psychiatric disorders' are based largely on his claim that the “high genetic heritability of schizophrenia” and other major psychiatric disorders “has been pretty consistently reported in [the] literature.” Indeed it has, but the “literature” could still be wrong, especially when it is based on the acceptance of false assumptions, and on textbook and other authoritative authors’ frequent failure to critically analyze (or even read closely) the original “landmark” studies they cite. Not to mention that, as a pair of critics wrote, “The term ‘heritability,’ as it is used today in human behavioral genetics, is one of the most misleading in the history of science.” (See my description of the “heritability fallacy”.)

Aftab then asked, in relation to Duncan Double’s 3/20/2020 commentary 'The causes of psychiatric illness,” whether Double can “cite even one good study which demonstrates that schizophrenia does not have a high genetic heritability?” A better way of posing this question is to ask whether the body of research that psychiatry currently cites as showing that schizophrenia has an important genetic component holds up under critical examination. As I have attempted to show since the late 1990s, it does not.

Psychiatric genetic arguments that important genetic factors underlie schizophrenia are based on twin studies that require the acceptance of obviously false assumptions, and on massively flawed and biased adoption studies. (Although most psychiatrists claim that “schizophrenia” is a valid medical disorder which they and others can reliably identify/diagnose, there is plenty of evidence that it isn’t. Many critically minded authors now use the term “psychosis.”)

In my 2017 e-book Schizophrenia and genetics: The end of an illusion, I examined in great detail the evidence that psychiatry puts forward in support of its “high genetic heritability of schizophrenia” position. I showed that the famous 1960s-1990s Danish-American schizophrenia adoption studies, performed by American psychiatric genetic researchers Seymour Kety, David Rosenthal, Paul Wender and their Danish colleagues, were flawed and biased to an extreme degree. It is only necessary to carefully read their original publications with a critical eye to see that these researchers manipulated diagnoses, data, and group comparisons in order to obtain the desired genetic findings. As Stephen Jay Gould showed in The mismeasure of man, human genetic research has a long history of investigators “shifting criteria to work through good data toward desired conclusions,” and creating conditions in which “data” is not allowed to “overthrow … assumptions.” The Danish-American adoption researchers continued this scandalous tradition — simply refusing to permit their data to overthrow psychiatry’s need to establish “schizophrenia” as a valid genetic/biological medical disorder. The broad term now used to describe this practice is p-hacking, which includes various forms of scientific manipulation, misconduct, or fraud. (For an excellent description of these practices, see Chris Chambers’ (2017) The seven deadly sins of psychology.)

Psychiatric twin studies are based on the utterly false assumption that reared-together MZ (identical) and DZ (fraternal) twin pairs grow up experiencing similar or “equal” environments, and it is likely that twin studies of schizophrenia and psychosis have recorded nothing more than research bias, MZ pairs’ more similar environments and treatment, MZ pairs’ higher levels of identity confusion and attachment to each other, and MZ pairs’ greater tendency to experience “folie à deux” (shared psychotic disorder) compared with DZ pairs.

Awais wrote in relation to molecular genetic research that although “there is no evidence of single genes of large effect sizes for schizophrenia or other major psychiatric disorders … the evidence … suggests [the existence of] multiple genes of very small individual effect sizes but a large aggregate effect.” Psychiatric molecular genetic research dates back to the 1960s. Countless gene discovery claims have been published since then, especially since the late 1980s, only to be subsequently relegated to the ever-expanding psychiatric genetics “graveyard” of false-positive results. The most recent claims of “multiple genes of small effect” are based on associations, not causes, and like previous claims it is extremely unlikely that they will hold up. Although we have seen many reports that various genetic variants are “associated” (correlated) with schizophrenia, decades of molecular genetic studies have failed to produce variants shown to cause it.

The evidence in favor of environmental causes, coupled with the lack of evidence in favor of biological and genetic causes, supports a psychological/sociological/political/environmental understanding of “schizophrenia” and psychosis. In support of this position, I highly recommend the book Models of madness: Psychological, social, and biological approaches to psychosis (second ed.), edited by John Read and Jacqui Dillon. (See also Schizophrenia: A Scientific Delusion?, second ed., by Mary Boyle.)

Please see the following links to books and articles where I show that, based on a close examination of the original research publications, and building on the work of earlier pioneering critics (referenced therein), there indeed exists a literature “which demonstrates that schizophrenia does not have a high genetic heritability.”

Twin Studies
The trouble with twin studies: A reassessment of twin research in the social and behavioral sciences (2015)
What do twin studies prove about genetic influences on psychiatric disorders? Absolutely nothing (2018)
Bad-science warning: The “Minnesota study of twins reared apart” (2018) 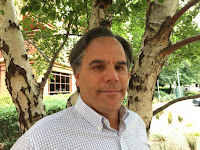 Jay Joseph, Psy.D. is a clinical psychologist practicing in the San Francisco Bay Area. He is the author of four books, most recently The trouble with twin studies: A reassessment of twin research in the social and behavioral sciences (2015), and Schizophrenia and genetics: The end of an illusion (2017). His blog 'The gene illusion' can be found at the Mad in America website. A complete list of his publications can be found at his website.
Posted by DBDouble at 8:26 pm