The causes of psychiatric illness 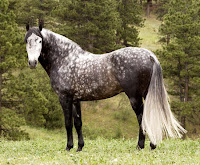 Awais Aftab in a twitter conversation accused me of not engaging with the substance of an article by Kenneth Kendler that I've mentioned in a previous post. My original post was based on a cursory reading but I've now re-read the article.

I agree with Kendler that
"[p]sychiatry has been confused long enough by Descartes’ error" (see eg. previous post). I also agree with Kendler that there are problems with the computer functionalist view of the solution to the mind/brain problem. Nonetheless, information processing has usefully emphasised that there are top-down as well as bottom-up aspects of psychological processes (see Psychology concepts webpage and eg. my previous post).

Kendler suggests that the brain/mind and hardware/software dichotomies are mutually reinforcing. However, I don't think the organic/functional distinction of mental disorders (see eg. previous post) equates to the hardware/software dichotomy. For a start, brain biological processes are not like mechanical computer programmes (see eg. previous post). Life is characterised by a continuous dynamic preservation of its internal environment. Comparing brains to computers is not a satisfactory metaphor (see eg. Psychology Today article). And, it's mistaken to think of 'functional' as meaning non-organic (see eg. another previous post). Functional disorders are distinguished from organic disorders on the basis that their aetiology is lacking psychopathological manifestations of cerebral disease or disorder.

I agree with what Kendler goes on to say that:-


most modern psychiatrists and neuroscientists when pressed will deny being dualists, insisting that they are ‘eclectic’ and/or fully recognize that psychiatric disorders are ‘multi-factorial.’ Yet, their actions belie their words. In the ways that we think about patients and their treatments, and the etiology of our disorders a strong tendency remains for us to emphasize either a mentalistic mind-based or a biological brain-based view of illness.

Kendler references this quote from his article to Tanya Luhrmann's (2000) book Of two minds, which studied American psychiatry by participant observation. The book highlighted the divided consciousness between the practices of drug therapy and psychotherapy. I have gone on at length in this blog about the eclecticism in modern psychiatry and how it is really just a weaker form of the biomedical model (see eg. previous post).

Kendler gives two examples of what he suggests are "the ‘either/or’ ness of the organic functional divide within our field". He mentions Gary Greenberg's book Manufacturing depression. Kendler questions, what seems to me, the quite reasonable assumption of Greenberg's therapist that depression is functional and not due to "little bugs swimming in your blood or something, making you feel dread". His reason for questioning that depression is functional is because of "much data available then and now", but then does not say what this data is, at least at this stage of his argument (see below). The other example is from his own training, when his supervisor "assumed a priori that all SZ [schizophrenic] symptoms were brain based and, therefore, trying to improve them by cognitive therapy was a waste of time". I agree such polarisation between drug therapy and psychotherapy may be unhelpful, although I'm not suggesting combining drug treatment and psychotherapy unsystematically.

I also agree with Kendler that "many causal processes impact and intertwine in their influences" on psychiatric disturbances. Risk factors increase the probability of illness but may not be necessary or sufficient. Again, I agree with Kendler that we do not live in a universe where psychiatric disorders are like dysfunctional computers where problems arise either from the hardware or the software. Psychosocial factors contribute to risk factors for psychiatric disorder. However, Kendler believes that genetic risk factors have been shown to be aetiologically important in all major psychiatric and substance abuse disorders, a claim which is at least open to question. This genetic case is often overstated. The real situation is that genes set the boundaries of the possible; environments define the actual (Eisenberg, 2004).

The trouble is that because of this combination of genetic and psychosocial factors, Kendler goes on to say:-


Therefore, with little fuss, we can conclude that for most psychiatric disorders, risk of the illness-related dysfunction of the HMBS [human mind/brain sytem] results from processes at both psychological and neurobiological levels.

However obvious this state-of-affairs may seem to Kendler, he hasn't really made enough of an argument for this conclusion, although he does accept his argument is "a bit facile". He, therefore, goes on to look in more detail at the risk factors for schizophrenia, major depression and alcohol dependence based on what he calls empirically based pluralism.

Kendler divides genetic effects into aggregate genetic effects and those due to molecular variants. I'm not sure how much this division really stands up. Nonetheless, from his point of view, genetic effects, particularly aggregate genetic effects, are the factors that contribute most to the variance in liability for all three conditions under consideration. There has been over half a century of false positive gene discovery claims in psychiatry (see eg. Mad in America blog post by Jay Joseph), and Kendler does not seem to have learnt from them. In fact, the complexity of the genetics of common disorders, such as schizophrenia, makes accurate prediction unlikely and, if there is any genetic influence in mental disorders, it does not seem specific. Kendler should be far more sceptical about his overenthusiasm for genetic explanations.

He also needs to be more sceptical of his claims for neurobiological influences, which he divides into molecular and systems neuroscience. Again, I'm not sure how much this division really holds up. What he seems to be talking about is more to do with whether the neuroscientific explanation is neurochemical or brain structural. As far as neurochemical explanations are concerned, this blog has repeatedly complained about the promotion of chemical imbalance theories, such as the serotonin theory of depression (eg. see previous post). Kendler doesn't point out that he himself doesn't believe in the dopamine theory of schizophrenia (see another previous post). As far as brain abnormalities are concerned, he needs to be far more cautious of his assessment of brain scan evidence, which is plagued by inconsistencies and confounders (eg. see previous post).

Kendler also includes other biological factors, such as the neurodevelopmental hypothesis of schizophrenia, which even its originator no longer believes in (see previous post). Even other examples he gives, such as cannabis causing functional psychosis do not stand up (see previous post). Kendler didn't include the idea that tobacco might be a cause of psychosis, but however crazily, articles are published in eminent journals examining just this hypothesis (see previous post). As Gardner and Kleinman (2019) said, academic psychiatry needs to be rebuilt recognising the limits of the evidence for the biological basis of mental illness (see another previous post).

I'm not sure how well Kendler divides up the more psychosocial factors. He lists neuropsychological; personality and cognitive/attitudinal patterns; trauma exposure; social; political; and cultural. Trauma exposure is clearly an important stressor for mental illness, but not the only related stress. Although mental health problems are psychological, they occur in context, which brings a social dimension to the understanding of such problems. People may have a predisposition to mental health problems. This vulnerability need not necessarily be biological as such, but for example may be caused by upbringing. The way individuals react to the environment is important. People are not just potentially vulnerable showing poor adaptation to stressors and inappropriate responses that may become persistent, but also potentially resilient and able to perceive stressful events in less threatening ways, promoting adaptive coping strategies. Adolf Meyer regarded functional mental illness as failed adaptations. Whatever has happened to this idea in psychiatry, supposedly overtaken by the so-called "data" of recent psychiatric research?

Furthermore, what Kendler doesn’t really talk about is the question of whether psychosocial factors can be really understood as causal as such, in the same sense as physical factors. Psychosocial factors may well help us to gain an understanding of the reasons for mental health problems but any one-to-one connection cannot be proven. The difference between understanding and causes is fundamental within philosophy and is totally inadequately dealt with by Kendler in a paper said to be about the nature of causes of psychiatric illness.

Kendler produces three causal signature charts for each of the three conditions: schizophrenia, major depression and alcohol dependence. These are essentially arbitrary, even phantasy, or as he admits, “necessarily subjective”. But I guess the pseudoscientific nature of their presentation may seem to give them apparent authority. If this is really what empirically based pluralism is all about, I want nothing to do with it. It is not empirical and lumping together unthinkingly potential risk factors does not really tell us anything about the reasons for mental health problems. The specific patterns suggest schizophrenia has more risk factors in the biological arena, major depression in the psychological arena and alcohol dependence in the higher-order social domains. What does this mean?  I suppose it’s surprising that alcohol dependence is even considered to have biological causes (see previous post).

Kendler does admit that the three specific patterns are “tidy pictures” and imply that each level of risk factor is independent of each other even though any relationship is obviously more complex. But instead of following this implication to concluding that the patterns are meaningless, instead he suggests this just confirms how pluralistic the causes of psychiatric disorder are.

Kendler thinks empirically based pluralism is better than Engel’s biopsychosocial model. But he is mistaken to think that Engel’s model starts from pluralism or eclecticism (see eg. previous post). He quotes favourably from McHugh and Slaveney (see my comments on one of their articles in previous post), who from my point of view tarnish Engel himself with the eclectic way in which his biopsychological model is used in current psychiatry. Kendler wrongly thinks this eclecticism is justified by the research.

In fact, psychiatry moved away from Descartes some time ago with Georg Stahl (see eg. previous post). True, Stahl sent us down another mistaken route of vitalism but at least he created an integrated position in psychiatry, which was built on by people like Ernst von Feuchtersleben, Adolf Meyer and George Engel (see my editorial). I do understand Kendler’s wish to avoid a radical reductionism (see previous post). I agree with him that the original aims of DSM-5 were mistaken (see eg. another previous post). But his eclectic position is still reductionist. I don’t think Kendler really understands the work of John Dupré, whom he references (see previous post).

I hope I haven’t been overinclusive in my response to Kendler’s paper. In many ways the more brief dismissal of it in my previous post was very understandable. I can’t see that the paper deserves the attention it currently gets from many thinking psychiatrists.
Posted by DBDouble at 9:59 pm