Can clinical psychology be an antidote to biological reductionism in psychiatry? 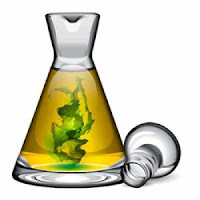 The Medical Section of the British Psychological Society (BPS) formed in 1919 and included doctors (see previous post). Clinical psychology developed as a separate profession after the Second World War. In-service training in clinical psychology started at the Tavistock Clinic and Crichton Royal Institution in Dumfries, and the first University-based course was at the Maudsley hospital. Interestingly, Eysenck (1949) thought clinical psychology should develop separately from psychotherapy. The initial focus in training courses was on psychological assessment, with the Tavistock course being predominantly psychoanalytic, therefore including projective testing, and the Crichton course being more eclectic, but, again, not emphasising treatment. The Maudsley course eventually led the push by clinical psychologists to colonise behaviour therapy.

Voluntary admission to psychiatric hospital was only possible after the Mental Treatment Act 1930. Even then, application needed to be made in writing to the person in charge of the hospital. The Mental Heath Act 1959 set the foundations for modern psychiatric treatment and made informal admission the usual method of admission. As the doors of the asylums were opened in the 1950s and efforts were made to make asylums more therapeutic, the mental health population peaked. As the numbers of people reduced, the traditional asylum became increasingly irrelevant to the bulk of mental health problems. Clinical psychologists worked in inpatient settings and the increasing emphasis on therapy and opportunities for outpatient and community work gave impetus to the development of their profession.

The professional dominance of psychiatrists has caused tension with clinical psychology. The Standing Joint Committee of the Royal College of Psychiatrists and British Psychological Society was set up in 1975 and held its first meeting on 7 January 1977. Medical arrogance can make claims which go beyond the evidence. Clinical psychology may be more free to appreciate the uncertainties of psychiatric practice. There is a critical tradition within clinical psychology building on the work of people like Lucy Johnstone (see my review of her second edition of Users and Abusers of Psychiatry), Mary Boyle and Richard Bentall (mentioned in previous post) (see my article).

Although, of course, I agree with the critical psychology critics about the overemphasis on biomedical psychiatry, I have always expressed concerns, for example, about completely abandoning psychiatric diagnosis (see my article), maybe because I am more aware of the psychosomatic aspects of medicine itself as I am trained as a doctor. Over more recent years, critical clinical psychologists, such as Peter Kinderman and Lucy Johnstone have become more specific about their claim that mental health practice should be non-medical, which, again, has caused me concern (eg. see previous post and links from it).

I do appreciate their arguments and I'm writing this post to encourage further debate. Peter, maybe in particular, is suggesting that a non-medical profession needs to be recognised as having expertise in psychological health issues, so that for example these clinicians can sign certificates to be off work if necessary and to obtain benefits. He is not suggesting abolishing the Mental Health Act, but as far as he is concerned this should not be based on illness. Clinical psychologists can currently in theory, although not much in practice, be Responsible Clinicians for patients in hospital, but cannot at present make recommendations for detention.

There does need to be more discussion about these issues within the mental health professions, including academic journals (see previous post).
Posted by DBDouble at 11:59 am

A major worry I have about clinical psychology is that it too often pushes a form of psychological reductionism as an antidote to biological reductionism. What I have in mind, in particular, is how clinical psychologists often urge that we attend to individual symptoms and ignore the general gestalts (i.e. 'mental illnesses') in which they arise. Or how they take incredibly seriously the kinds of operationalisation of mental disorders touted by manuals like the ICD and the DSM - operationalisations which in effect try to turn all mental illnesses into syndromes - and then reject such diagnoses (for perfectly good reasons given their initial assumptions). Furthermore they immediately assume that psychiatric talk about 'illnesses' is inexorably to be understood in biomedical terms and so must be rejected. What we might call the humanism underlying 'illness' talk (i.e. how it is rooted not just in bodily dysfunction but in human experience and human values), the moral and psychological and legal value of the extrapolation of the 'illness' concept from the physical to the mental domain, all of this is lost to the psychologists' purview. It seems to suit psychologists' agenda to view the entirety of psychiatry through the lens of bioreductionist psychiatry. But what we so often get in its place is reductionist psychology which breaks down a person's suffering into individual experiences and 'cognitions', with the only thing left to bind them together being the external relations (the arrows) between separate relata (the boxes) in the psychologist's formulations of individual's suffering. Completely missing, now, is all that phenomenological psychiatry in particular had to offer: a non-reductive understanding of the quality of someone's whole 'being-in-the-world', the global character of how they 'live' time and how they 'live' their body, the character of that living understanding that precedes all interpretation or representation (the psychologist's favourite categories), everything ontological in short. Also lost now is an understanding of the motivational substructure of thought - how what from one point of view might look like separate, disconnected, symptoms can, from another, manifest the characterological difficulties, general defensive systems, of the patient. The 'illness' concept might, to the contrivedly unwary, seem to invite biomedical reduction, but at least it aims at comprehending the unity of conditions and different forms of struggling to be-in-the-world.

Both psychological and biological reductionisms can be fatal in alleviating people's mental health distress effectively in the long run.

Hi Richard,
on 'the reductionist psychology which breaks down a person's suffering into individual experiences and 'cognitions' etc', I guess you are referring to the CBT if I am right. Please note that the founder of CBT is Aaron Beck who is a psychiatrist. CBT has been the predominant therapy in clinical psychology education which seems to be frown upon by many due to its mechanistic nature and its poor clinical utility amongst those who are less psychologically-minded.
My 2 cents.