Jonathan Leo's not a nobody and a nothing

Jammed by JAMA. Jonathan Leo used to be co-editor of the Ethical Human Psychology and Psychiatry journal. Even if the JAMA editor thinks he's a nobody and a nothing, he isn't. Even a Washington Post editorial talks about JAMA's hush-up.

Dr Ian Frampton has got a busy week coming up at the 9th London International Eating Disorders conference 2009, which explains how he's quoted in a story in the Observer Anorexia risk 'could be prevented'. He reckons children could be screened aged 8 to detect a brain problem in the insular cortex that makes them liable to develop an eating disorder. He apparently comes to this conclusion from neuropsychological testing of people aged 12-25 with anorexia nervosa. 70% of these people are supposed to have neurotransmitter damage or subtle brain structure changes or both.

We'll have to see if the papers he's presenting live up to the hype. Looking at the programme for the conference, he's the lead in 4 sessions. The first's called an accessible introduction to the clinical implications of advances in the neuroscience of eating disorders All in the mind? I guess the point he's going to make is that it isn't all in the mind, and that there must be some brain vulnerability in the insular cortex that makes some people more liable to anorexia than others. We then have his presentation of a global neuropsychological assessment in eating disorders. These are the first findings from the Ravello Profile collaboration. In the same short papers sessions, he's also got to present the first findings on testing the insular hypothesis. He rounds up on the last day convening the neuroscience special interest group.

Frampton is one of the authors of a paper from last September The fault is not in her parents but in her insula--a neurobiological hypothesis of anorexia nervosa. This is the element that is picked up by the chief executive of beat, the working name of the charity Eating Disorders Association, based in Norwich where I am. She is quoted in the Observer article as saying "It could pave the way for the first drugs to be developed to treat eating disorders, similar to the way that anti-depressants help rebalance the brain of people with depression. And it will help parents understand that they aren't to blame. Parents always blame themselves when their child develops an eating disorder. But what we are learning more and more from research in this area is that some people are very vulnerable to anorexia and that is down to genetic factors and brain chemistry, and not them trying to look like celebrity models or suffering a major traumatic event early in their lives. This research is a key missing part of the jigsaw of our understanding of anorexia."

This argument has been used to justify biological explanations of other psychiatric disorders, such as schizophrenia or ADHD. It's a misunderstanding of the psychosocial paradigm to suggest that understanding the reasons for something happening is necessarily anything to do with cause, in the sense of a proof of direct one-to-one correspondence.

And should Dr Frampton be allowed to have this publicity before he's even presented his findings? He's gone to the press even before his papers have been put to peer review in a journal.

Oh, and the conference is supported by the Huntercombe group, who have three hospitals for adolescent and young adult eating disorders. One of the convenors of the conference, retired psychiatrist, Bryan Lask, is Medical Advisor and Research Director for the Group.
Posted by DBDouble at 6:03 pm 5 comments: 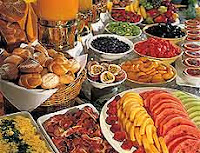 I still haven't got round to reading the National Dementia Strategy as I said I would. Still the BMJ editorial about it is a good read. It agrees that the evidence for "a memory clinic in every town" is questionable. The French national plan for dementia sounds good.
Posted by DBDouble at 11:43 am No comments: