What is a case of depression in the coronavirus period? A case for what?

The Office for National Statistics (ONS) reported yesterday that the Patient Health Questionaire (PHQ-8) scores for most people had increased in June 2020 compared to a score recorded sometime between July 2019 and March 2020 (although had actually decreased for 3.5% of the population). Considering the anxiety caused by coronavirus, social distancing and lockdown, I guess this finding should not be surprising.

These figures were used by the Royal College of Psychiatrists to warn again about a "looming mental health crisis and the tsunami of referrals we are expecting over the coming months" to reinforce their argument for significant investment in mental health services (see Guardian article). Headlines were that depression had doubled during the coronavirus period. But as Elaine Fox said to BBC news online, "It is important to remember that this [PHQ-8] does not give a diagnosis but rather an indication of everyday depressive feelings and behaviours". Certainly it’s misleading to imply that the number of depression cases has doubled because of coronavirus.

I don't want to underestimate the impact of the pandemic on mental health. But I'm not necessarily convinced there will be an inevitable vast increase in cases coming forward for, or even needing, antidepressants, psychological therapy or other mental health treatment. We've all had to adjust to it, and such adjustment does not necessarily create mental health problems.

I'm reminded of the book of the symposium What is a case? (1981) edited by Wing et al. As David Goldberg noted (see article), a contribution at the symposium by:-

Copeland (1981) reminds us that the concept of a case is a chimera ... . Rather than regard the concept as a sort of Platonic ideal he suggests that investigators should ask - 'a case for what?'

Despite whatever symptoms are measured on the PHQ-8, people's coping mechanisms may not have necessarily broken down because of the pandemic; nor would they necessarily seek, or need, medical or psychological help even if they have difficulties. Feelings as recorded on the PHQ-8 may well be understandable in the circumstances. It is important to ask if the Royal College of Psychiatrists, for example, may be manipulating the ONS data to its own advantage to obtain more resources. I wouldn't want to discourage people who need help from coming forward, but they actually may have considerable personal resources and resilience to be able to overcome and adapt to any difficulties caused by the pandemic. Mental health treatment can be helpful, but it isn't always.
Posted by DBDouble at 5:16 pm No comments: 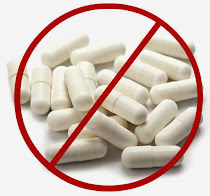 I've said before (eg. see previous post) that I'm keen to see how non-medical mental health services could be developed within the NHS. Doing so would make explicit that treatment on offer in such a service does not include medication (despite there now being a limited amount of non-medical prescribing by healthcare professionals other than doctors and dentists). Psychological therapy of course is non-medical in this sense, and non-medical treatment is in fact much wider, including all psychosocial interventions.

Improving Access to Psychological Therapies (IAPT) was originally designed as a non-medical service. In the NHS plan, IAPT has now become the service for common mental health problems, for example being renamed within NHS Trusts as Wellbeing Services. Severe mental illness is managed within the traditional community mental health team (CMHT). Unfortunately, this means that some people who are explicitly seeking a non-medical service are told they are "too complex" for IAPT and become quite confused when they are referred on to the CMHT.

I've mentioned before (see eg. previous post) that some clinical psychologists, such as Peter Kinderman, want mental health services to become non-medical. There's even support from within psychiatry for such a position (see eg. another previous post). Although the motivation for such a change may largely be coming from a 'drop the disorder' argument, in the sense that it's thought to be wrong to regard mental health problems as 'illnesses', it is possible that a non-medical mental health service could actually encompass a range of different views about the nature of mental illness/ health problems. Its fundamental feature would rather be about managing mental health problems without medication. Such a service would provide real options for patients, alongside more medically based services to deal with medication and psychosomatic issues.

There are plans to increase the number of people working in the psychological professions in NHS commissioned health care (see vision). Increasing the number of clinical psychologists makes sense, considering the difficulties in recruitment to other mental health professions at present. Clinical psychology has no difficulty with recruitment at trainee level, and in fact could be made even more attractive, by its training being geared towards creating the new leaders in a non-medical mental health service.

Minds are not disembodied 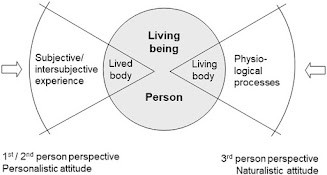 Thomas Fuchs, who I have mentioned before (eg. see previous post), has a useful summary (see article) of the concept of circularity from an embodied and enactive point of view. Living beings have the two aspects of lived or subject body (Leib) and living or object body (Körper). These correspond to two different attitudes respectively: the personalistic, which takes a holistic view of the person experiencing the body from the first person perspective and the others’ body from a second person perspective; and the more narrow naturalistic, which observes and investigates the body from a third person perspective.
Neuroscience, by turning only to the physical, sidelines the circular interaction of the brain, body, and environment. Examining the brain in a scanner does not tell us anything about the cause of thoughts, emotions and behaviour. These need to be understood by considering the circular causality of embodied subjectivity, its situation and history. As Thomas Fuchs says:-

The brain is not the locus of subjectivity but only a mediating component of the cycles of self-regulation, sensorimotor, and social interaction, in which the life of a human person consists.

Posted by DBDouble at 6:21 pm No comments: