Towards a psychiatry fit for purpose

Pat Bracken (2022) responds in a more positive way to the review by Read and Moncrieff (2022) 'Depression: Why drugs and electricity are not the answer' than previously published commentaries (see previous post and another). As he says, "Engaging in a non-defensive manner to the sort of evidence summarised by Read and Moncrieff will be a move in the right direction for the profession". It's good to see Psychological Medicine engaging with this debate.
Posted by DBDouble at 10:08 am No comments:

Ang et al (2022) found that 23 out of 30 papers between 1990 and 2010 reviewing the aetiology of depression explicitly discussed the serotonin hypothesis and that 11 of them unequivocally supported the hypothesis. Another 9 papers, mainly stressed that depression is caused by an interaction of a multiplicity of factors and acknowledged the inconsistencies of the research on serotonin function, but nonetheless suggested that serotonin abnormalities mediate depressive symptom production or effects of antidepressants. Only one paper discounted the hypothesis. Of another 30 papers specifically examining the link between serotonin and depression, 16 gave unequivocal support for serotonin having a direct role in the aetiology of depression and only one discounted or challenged the hypothesis. Six well-known psychiatry and psychopharmacology textbooks published in the same period all acknowledged that the serotonin hypothesis is ultimately a hypothesis and not necessarily proven, but nevertheless devoted considerable space to coverage of the theory, providing some degree of support or endorsement for the hypothesis.

The article therefore confirms that the serotonin theory has been endorsed by the professional and academic community. Psychiatrists need to take responsibility for promoting the theory (see previous post). Psychiatry has always held out the hope that it will find the answer to mental illness but it needs to accept its limitations (see eg. another previous post). Although it may seem to make sense to us that we should be able to find a biological cause for mental illness, such as chemical imbalance in the brain, that doesn't justify wish-fulfilling unproven phantasies and even their publication in the academic literature (see yet another previous post). In fact, it's people that become depressed, not their brains, whether chemically imbalanced or not (see previous post).

Doctors have made too many people dependent on antidepressants

Publication of the NICE guidance on ‘Medicines associated with dependence or withdrawal symptoms: Safe prescribing and withdrawal management for adults’ has not resolved controversy about antidepressant withdrawal. For example, the All Party Parliamentary Group for Prescribed Drug Dependence accuses NICE of failing to listen to patient evidence (see press release). To be fair, NICE probably couldn’t go further based on current evidence but I agree that it has left ambiguity about this issue.

Although NICE admits that there is considerable debate about the definitions of dependence and addiction, it clearly states that antidepressants cause withdrawal symptoms even though they have not historically been classified as dependence-forming medicines. It sees dependence as characterised by tolerance and withdrawal symptoms. Addiction is said to include the additional characteristics of cravings, lack of control, overuse and continued use despite harm, associated with problematic behaviours.

Dependence and addiction in common parlance tend to mean difficulty in managing without the drug (see my webpage). An effort may be required to do without the drug. It is a psychological state, although it can also be physical. The drug may need to be continued or withdrawal symptoms may occur in its absence.

Regular and frequent use of some substances, such as alcohol and opiates, can cause tolerance, so that people experience withdrawal symptoms in the absence of the drug. This is what is meant by physical dependence. Dependence on antidepressants, and more generally, is not just physical (see previous post).

People are being indoctrinated into believing they need antidepressants (see eg. previous post). No wonder they may have difficulty in stopping them. Doctors need to take responsibility for making so many patients dependent on antidepressants.

The mereological fallacy in psychiatry 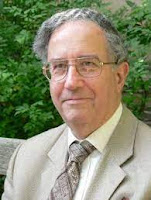 The category mistake of identifying the part with the whole was called the mereological fallacy by Bennett & Hacker (2003). The second edition of their book Philosophical foundations of neuroscience (2021) has created a separate chapter (3) dealing with this conceptual problem. For psychiatry this is about identifying the brain with the person (see eg. last post). Peter Hacker refutes the rationale of the mereological fallacy in neuroscience in a YouTube video.

Psychiatric critique needs to challenge the common mistake in psychiatry that it is the brain that perceives, thinks, feels and intends to do things. Such reasoning doesn’t make sense. Psychiatry treats people living in relationships, not their brains. 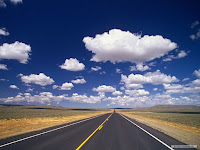 Carmine Pariante, who I've mentioned several times before (eg. see previous post), asks in a Psychological Medicine article "Why is it so difficult to say ... the brain regulates emotions and behaviours, in the same way that the heart pumps blood, the stomach absorbs nutrients and the spleen hosts immune cells?" Of course he's right that the brain mediates relational and intentional processes (see previous post). But people feel and act, not their brains, nor even their minds nor their consciousness (see another previous post). To be alive, a person has to be whole. The brain is only part of the person; an organ, like the heart, stomach and spleen, but not the seat of the person as such.

Psychiatry is the science and practice of biological, psychological and social relationships of people and their disorders. Despite what Pariante says, this is not a dualist position (see eg. previous post). A correctly understood biological psychiatry requires an adequate concept of biology, namely that of life bound to the entire organism and its interaction with the environment (see eg. previous post). Psychiatry's primary object, despite Pariante again, is not the brain but the person living in relationships. This fundamental failure to appreciate this philosophical reality is damaging psychiatry.

Pariante, therefore, does not realise that it is not possible in principle to reduce mental illness to brain disease (see previous post). He believes what he calls "the humongous evidence that there are neurochemical abnormalities in people with depression" must be true. But he neglects to say that such evidence is plagued by so many confounders and inconsistencies that it's not possible to say what the biological causes, as such, of depression are. He doesn't say what they are because he can't.

As I said in my last post, biomedical psychiatry needs to take seriously its critique. Pariante has a long way to go to do that.

Aftab et al (2022) critique the philosophical and conceptual basis of an article by Read & Moncrieff (2022) about why drugs and ECT are not the answer for depression. I have sympathy with their argument that binary opposition between understanding depression as medical illness and meaningful response to life events is problematic. However, having detected this flaw, Aftab et al then justify not dealing with, even dismissing, the main focus of the Read & Moncrieff article on the effectiveness and safety of antidepressants and ECT.

Aftab et al clearly find it difficult to give up hypotheses of antidepressants (and presumably ECT) correcting biological dysfunction, speculating that antidepressants may enhance synaptic neuroplasticity. They do not seem to fully appreciate that enactive accounts of psychiatry, such as that by Sanneke de Haan (see previous post), provide a philosophical and conceptual critique of naturalistic-reductive approaches to human understanding by focusing on the person as embodied and alive (see eg. another previous post). Aftab et al’s view is what Manschrek & Kleinman (1977) called semi-critical as it doesn’t follow through sufficiently on its critique of the biomedical model (see eg. my article). As I have been arguing throughout this blog, psychiatry needs to move on from its eclectic biopsychosocial view (eg. see previous post and another and yet another) and return to Engel’s original concept of the biopsychopsychosocial model, which was a critique of reductionism in psychiatry and medicine in general (see eg. another previous post). Critical/relational psychiatry is explicitly anti-reductionist and anti-positivist whereas Aftab et al are not. Their approach to psychiatry is still not sufficiently person-centred.