Is 'psychosis' a substitute for 'schizophrenia'? 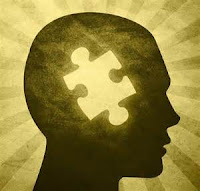 Huw Green in his article in Social Theory & Health mentions that Mary Boyle reluctantly adopts the word 'psychosis' as a substitute for 'schizophrenia' in order to discuss the topic of psychiatric diagnosis she has chosen to address. He uses this situation to reinforce his view that talk about psychiatric diagnosis is inevitably a form of communication. I have similarly criticised Mary for attempting to abandon psychiatric diagnosis completely (see my article). Psychiatric diagnosis needs to be recognised for what it is - an attempt to describe psychological states. It is, therefore, related to unobservables and not describable in a natural scientific sense. There will inevitably be limitations in the application of psychiatric diagnosis, whatever way symptoms and signs are grouped and conceptualised. Psychiatric practice needs to acknowledge this state of uncertainty. The concepts of mental illness do not need to be abandoned for this reason alone.

It's not surprising, therefore, that Mary reintroduces a notion of psychosis, however much she may think that the concept of schizophrenia is unscientific. But, neither is psychosis an absolute concept. Even the BPS attempt to explain psychosis and schizophrenia in everyday language still uses the terms (see previous post). The usefulness or validity of terms like 'psychosis' and 'schizophrenia' may depend on the ability to identify certain patterns between different patient presentations (see another previous post).

For example, the experience of hearing voices can be a dissociative symptom. This situation may have been used as a rather superficial argument for the abandonment of the diagnosis of schizophrenia but it does create a category of 'dissociative voice hearing'. As Green says, if the new catgory provides "more clinical information than the DSM, there is a chance that [it] will be adopted and applied instead, or even incorporated into that manual". Dissociation, in fact, does feature as a category already in DSM, including dissociative identity disorder (see changes made in DSM-5). It's a weakness of the BPS report, mentioned above, that it makes no attempt to discuss the difference between psychosis/schizophrenia and dissociation. The point I'm making is that it is a meaningful discussion to have and we do need to have words to communicate about it.

As Green concludes, "no psychiatric language is able to 'do justice' to the particulars of any given case". However, it serves a function in giving rise to a general form of pragmatic knowledge. DSM-5 has failed in its attempt to move from symptom-based diagnoses to aetiologically-based diagnoses using the latest advances from neurosciences and genetics (see previous post). We need to make the most of this failure (which should have been predicted anyway) to have a better diagnostic understanding of terms like psychosis and schizophrenia, if they have any meaning at all (see another previous post).

Jeffrey Lacasse and Jonathan Leo have published an update (see new article) on their article from 10 years ago on drug company advertisements about antidepressants correcting serotonin levels in the brain. As they say, "Some advertisements were more tentative or clever in their wording than others, but it seemed obvious that the drug companies were at least pushing the boundaries" of the scientific evidence. What they've found from data collected in 2014/5 is that the simplistic narrative of chemical imbalance is no longer widespread. Drugs tend to be advertised as "affecting" neurotransmitters rather than normalising transmitter levels. There are still problematic advertisements but the language has been moderated substantially.

I don't think we should necessarily be taken in by this change. Although simplistic notions of biochemical imbalance may no longer be publically tenable or displayed in advertisements, I'm not sure if practising psychiatrists really care that the theory is wrong. In fact, they probably still think that antidepressants correct a chemical imbalance, even if it hasn't definitely been shown in research (eg. see previous post). They like to think antidepressants work in practice, so there must be some reason why they work. So, even if the academic evidence isn't there for 'chemical imbalance', psychiatrists still function as though it justifies their clinical practice. In fact, they may still indicate this to patients. Few psychiatrists tell patients that even in the clinical trials the difference between placebo and active treatment is small. Any difference was called 'clinically insignificant', at least as regards reducing depressive symptoms, by NICE in a previous version of its depression guideline (see my BMJ eletter). There are also a substantial number of patients that do not improve in the clinical trials. Antidepressants are not always as effective as psychiatrists may make out to patients.

Psychiatrists use the chemical imbalance theory as a means of persuading patients to take their medication (see another eletter). The role of psychiatry is to give hope to depressed people. It is also to be honest with them about the cause of their problems and the appropriate treatment. Patients are able to understand that the 'chemical imbalance theory' has only ever been a theory. What they find more difficult to appreciate is why they are told that this theory has been proven, when this is clearly not the case.
Posted by DBDouble at 10:46 am 1 comment:

Uncertainty about the value of Ritalin for ADHD

A comprehensive systematic review has been published in the Cochrane Library of the benefits and harms of methylphenidate (Ritalin) for children and adolescents with attention deficit hyperactivity disorder (ADHD) (see enhanced article). All 185 trials included were assessed to be at high risk of bias. It was possible for people in the trials to know which treatment the children were taking, the reporting of the results was not complete in many trials and for some outcomes the results varied across trials. The authors concluded that the low quality of the underpinning evidence meant they could not be certain of the magnitude of any effects on teacher-reported ADHD symptoms and general behaviour and parent-reported quality of life of the children. The most common adverse events were sleep problems and decreased appetite. To quote from the conclusion, "At the moment, the quality of the available evidence means that we cannot say for sure whether taking methylphenidate will improve the lives of children and adolescents with ADHD".
Posted by DBDouble at 9:30 pm No comments:

Ghio et al (2015) have published a survey of attitudes of mental health workers towards early interventions in psychiatry. They admit the results may be biased towards a more favourable opinion because the survey was distributed to participants at conferences in Italy on this topic, and these people might have been motivated by specific interests. Overall, professionals seem to have a positive attitude towards early interventions in psychiatry, with perceived outcomes in areas like reducing the severity of long-term social consequences and the disease itself and avoiding chronicity.

As I said in my review of Jo Moncrieff's book The bitterest pills, Jo has provided one of the best summary critiques of early intervention in psychosis (chapter 10 of the book). Duration of untreated psychosis (DUP) is associated with poorer outcome but this was never a new finding as it has always been recognised that more acute onset of psychosis has a better outcome. Despite the attractiveness of early intervention services (EIS), the danger is that they may actually lead to over-treatment.

Whatever the advantages of intensive treatment for reducing readmission, there is little evidence that the underlying psychotic disease process is fundamentally modified by EIS. Two trials of EIS in Copenhagen and Aarhus County, Denmark and Lambeth, London did not specifically examine whether starting anti-psychotic medication early improves outcomes. Nonetheless, drug companies exploit the situation by encouraging early prescribing.

The early intervention approach becomes even more controversial when attempts may be made to bring people into treatment even before they have become psychotic, with the intended aim of reducing DUP even further. Thankfully, psychosis risk syndrome was specifically excluded from DSM-5 for lack of validity and insufficient evidence that early intervention in the so-called prodrome is effective (see previous post).

When I first trained, more people were probably admitted to hospital than now with a first episode of psychosis. However, there was no necessary rush to start anti-psychotic medication. Instead patients may have been assessed drug free for a week, to ensure that the primary diagnosis was psychosis. Overmedicating people with anti-psychotics may create unnecessary dependency and is not good practice.
Posted by DBDouble at 8:30 pm 3 comments:

Asking the wrong questions about psychiatry

Stephan et al (2015) in two papers in The Lancet Psychiatry entitled 'Charting the landscape of priority problems in psychiatry' (Part I: Classification and diagnosis and Part II: Pathogenesis and aetiology) begin from the fact that "few, if any, breakthroughs in basic scientific research have led to substantive improvements in psychiatric clinical practice". They are right to conclude from this situation that there is a need for refocusing of research agendas in psychiatry.

However, they then start from the wrong premise. They still want to "endow psychiatry with a mechanistic, neuroscientifically informed basis”.  They, therefore, produce a list of 17 problems for psychiatry, created by asking an international group of scientists and clinicians to state what they perceive as “the single most important problem or hypothesis" that needs to be addressed to meet this objective.

How long will it take for psychiatry to realise that its very nature is that it has "major conceptual and practical challenges"? It's no good expecting research to bypass this situation.

Psychiatric diagnoses are simply categories justified by clinical utility. Their value-laden nature are not a sign of scientific deficiency but of their meaningful nature. Mental disorders are not natural kinds and there are inevitably fuzzy boundaries between different syndromes. Psychiatry needs to avoid the reification of diagnostic concepts.

As far as aetiology is concerned, genes set the boundaries of the possible but environments define the actual nature of mental disorder. The human brain is socially constructed in the literal sense that brain cytoarchitecture itself is fashioned by input from the social environment. Minds are enabled but not reducible to brains.

As I keep saying, please do not misunderstand me. Of course mental states map onto the brain. But the localisation of function to structure in the brain is not a new problem. Psychiatry can still be practiced even though there is a mind-brain problem. There's no need to create 17 pseudo-problems to solve by research before progress can be made.
Posted by DBDouble at 9:53 pm 1 comment: