Please come and join us at our Annual General Meeting and open Forum event for a day filled with the sharing and exchanging of ideas, knowledge and discoveries, the exploration of opportunities, and inspiration for new initiatives.

We will begin the day reporting on the activities of Soteria Network over the past year, our aspirations as we move forward; our financial position and the election of trustees.

The afternoon will be dedicated to Soteria groups, speakers, and poetry. There will be time for you to ask questions, participate in discussions and share your experiences throughout the day.

We are pleased to announce that we will be launching our new website at the event and, premiering a short film we have made, interviewing Peter Stastny (INTAR founder) on his time and recollections of Loren Mosher. Loren opened the first ever Soteria House*; the man who is the inspiration and reason all Soteria-related organisations exist.

This event is free of charge and open to all.
Complimentary lunch and refreshments will be provided
Further information, including how to book a place at the event is coming soon!

*Soteria House began life in 1971 as an experimental research project in America which was designed to see whether people experiencing a ‘first episode’ acute psychosis, who might otherwise be diagnosed with schizophrenia and treated with medication in hospital, might fare just as well in a house with minimum medication, but with maximum support
Soteria Network (UK) Registered Charity number:1146183
Posted by DBDouble at 10:29 pm 2 comments: 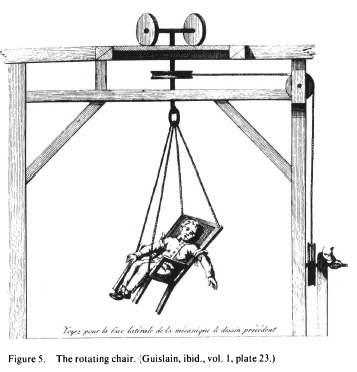 I've been re-reading one of Thomas Szasz's last papers (see previous post) in which he is quite scathing about the Critical Psychiatry Network (CPN). He says "The CPN's position is not psychiatric criticism, it is a plea for prettifying the psychiatric plantations." The choice of the word 'plantation' is deliberate, as what he wants to do is unshackle "the psychiatric slave from his psychiatric master". He suggests Dorothea Dix soothed American families and communities "with the fiction that her proposed psychiatric plantations would make the slaves healthy and happy".

Such rhetoric may increase the force of his argument that the "psychiatric critic's primary duty is, and always has been, to reject the legal-political legitimacy of the use of psychiatric force and fraud". However, I'm not trying to abolish psychiatry, which Szasz makes clear was his aim. I'm not justifying torture as treatment and can distinguish coercion from torture. Torture does involve coercion but not all coercion involves the infliction of pain. Torture is a type of coercion and ethical practice in psychiatry avoids it.
Posted by DBDouble at 9:55 pm 2 comments:

I've just tweeted the link to Peter Kinderman's recent post on Mad in America. Peter may overuse the term "distress" from my point of view, as I think people can be mentally disordered without necessarily experiencing it as distress. However, I look forward to the publication of his book. He explains far better than me what I have been going on about all these years with critical psychiatry. To quote from him:-

Some neuroscientists have asserted that all emotional distress can ultimately be explained in terms of the functioning of our neural synapses and their neurotransmitter signallers. But this logic applies to all human behaviour and every human emotion – falling in love, declaring war, solving Fermat’s last theorem. It clearly doesn’t differentiate between distress – explained as a product of chemical ‘imbalances’ – and ‘normal’ emotions.

Why should the way we explain mental illness be any different from our normal emotions? Why should there even be a different neural substrate? Peter seems to think this idea might be catching on. I do hope so.
Posted by DBDouble at 8:42 pm 4 comments: