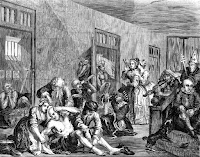 Similarly, failure to secure the right to health and other freedoms is a primary driver of coercion and confinement in mental health. Mental health problems and disability are not exactly the same and this does need to be teased out in any new Mental Health Bill. In fact, it is still not clear how non-consensual treatment in mental health should be taken forward following the Convention on the Rights of Persons with Disabilities. This should be a government priority, even for a minority government. It needs to make use of appropriate indicators and benchmarks to monitor progress in respect of reducing medical coercion. The active involvement of mental health professionals in the shift towards rights-compliant mental health services is a crucial element for its success.
Posted by DBDouble at 3:52 pm No comments:

I have mentioned previously (see post) the value of implicating mental health as one of the United Nations sustainable development goals. As pointed out by the UN Special Rapporteur (see previous post), The 2030 Agenda for Sustainable Development includes Goal 3, which "seeks to ensure healthy lives and promote well-being at all ages", and target 3.4, which "includes the promotion of mental health and well-being in reducing mortality from non-communicable diseases". As he also points out, this 2030 Agenda and other influences from WHO, the Movement for Global Mental Health and the World Bank mean that "mental health is emerging at the international level as a human development imperative".

I have tweeted relevant quotes or amended quotes for global mental health from the Special Rapporteur's report (see my responses to my tweet with the link to the report). I'll try and condense them in this blog.

The report emphasises the importance of parity with physical health in national policies and budgets or in medical education and practice, but suggests nowhere in the world has this been achieved. It does not want to forget that the political abuse of psychiatry remains an issue of serious concern in some countries (see previous post).


I have also previously mentioned the critique of The Movement for Global Mental Health by critical psychiatry (see post). The Special Rapporteur agrees with this critique. As he points out, it's all very well to note that millions of people round the world are grossly underserved by mental health services, but quoting alarming statistics about the scale and economic burden of "mental disorders" must not root the global mental health crisis within a biomedical model, as this approach is too narrow to be proactive and responsive. The scaling-up of mental health care must not involve the scaling-up of inappropriate care. He prefers to talk about actions to "scale across", by which he means embracing "a broad package of integrated and coordinated services for promotion, prevention, treatment, rehabilitation, care and recovery", including "mental health services integrated into primary and general health care, which support early identification and intervention, with services designed to support a diverse community". Furthermore:-

Evidence-based psychosocial interventions and trained community health workers to deliver them must be enhanced. Services must support the rights of people with intellectual, cognitive and psychosocial disabilities and with autism to live independently and be included in the community, rather than being segregated in inappropriate care facilities.


As he does in the rest of the report, the Special Rapporteur is encouraging all countries, including lower and middle-income countries, to develop rights-based mental health care.
Posted by DBDouble at 11:34 am No comments: 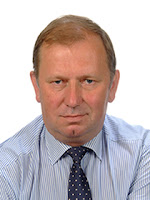 The United Nations Special Rapporteur on the right to health, Dainius Pūras, has produced a report which focuses on the right of everyone to mental health (see press release). It is the result of extensive consultations among a wide range of stakeholders, including representatives of the disability community and users and former users of mental health services.

I have been merrily tweeting quotes or mostly amended quotes from the report, as it very much comes from a critical psychiatry perspective. For example:-

The Special Rapporteur proposes, as would critical psychiatry, that there are three major obstacles to a rights-based mental health for all: (1) dominance of the biomedical model (2) power asymmetries and (3) the biased use of evidence.

As far as the dominance of the biomedical model is concerned, he concludes that:-

For the rest of this blog, I'll try and condense what Lucy Johnstone called my twitter-friendly summary of the report.
Anyone who does want to see the list of tweets, though, see my responses to:-

As far as power asymmetries are concerned, the report goes on to note that biomedical gatekeepers, in particular biological psychiatry backed by the pharmaceutical industry, are the dominant influence. National mental health strategies tend to reflect biomedical agendas and obscure the views and meaningful participation of civil society. Such biomedical bias leads to the mistrust of many users and threatens and undermines the reputation of the psychiatric profession. It dominates services, even when not supported by the evidence. In summary, biomedical power undermines the principles of holistic care, governance for mental health, innovative and independent interdisciplinary research and the formulation of rights-based priorities in mental health policy.

The individual relationship between psychiatric professional and user can also be exploited. Power imbalance reinforces paternalism and even patriarchal approaches. The asymmetry between professionals and users disempowers users and undermines their right to make decisions about their health and creates an environment where human rights violations can and do occur. This misuse of power asymmetries thrives, in part, because legal statutes often compel the profession and obligates the State to take coercive action.

As far as biased use of evidence is concerned, the report notes that the evidence base for the efficacy of certain psychotropic medications is increasingly challenged from both a scientific and experiential perspective. Similarly, research is accumulating in support of psychosocial, recovery-oriented services and non-coercive alternatives. There are increasing concerns about overprescription and overuse of psychotropic medications in cases where they are not needed. Because of the biomedical bias in mental health, there exists a worrying lag between emerging evidence and how it is used to inform practice.

There are various reasons for this research bias, some of which are mentioned in the report. There is a long history of pharmaceutical companies not disclosing negative results of drug trials, which has obscured the evidence base. Scientific research in mental health continues to suffer from lack of diversified funding and remains focused on the neurobiological model. Academic psychiatry has outsize influence, informing policymakers on resource allocation and guiding principles for mental health services. It has mostly confined its research agenda to the biological determinants of mental health. There are also implications for teaching in that the biomedical bias in mental health dominates teaching in medical schools, restricting knowledge transfer to the next generation of professionals.

How can all this be changed? There needs to be a strong ethical focus. Mental health services must respect ethics and rights (including “first, do no harm”), choice, control, autonomy, will, preference and dignity. The overreliance on pharmacology, coercive approaches and in-patient treatment is inconsistent with doing no harm, as well as human rights. Abuse of biomedical interventions compromises the right to quality care in mental health services.

The report does make some specific comments about treatment. Psychosocial interventions and support, not medications, should be the first-line treatment option for the majority of people who experience mental health issues. Sadly, such interventions tend to be viewed as luxuries, rather than essential, and therefore lack sustainable investment. In most cases of mild and moderate depression “watchful waiting”, psychosocial support and psychotherapy should be the frontline treatments. It is not a right to health to prescribe psychotropic medication merely because effective psychosocial and public health interventions are unavailable. There are compelling arguments that forced treatment, including with psychotropic medications, is not effective, despite its widespread use. Peer support, when not compromised, is an integral part of recovery-based services. The right to health requires that mental health care comes closer to primary care and general medicine, integrating mental with physical health.

The report does emphasise that people can and do recover from even the most severe mental health conditions and go on to live full and rich lives. It considers that whether the global community has actually learned from the painful past of rights violations in mental health remains an open question.

I worry that this report will just "collect dust". As the Special Rapporteur himself says there is now unequivocal evidence of failures of a system that relies too heavily on the biomedical model of mental health, and yet this model persists despite the critique. I do think critical psychiatry does need to do more to expose the self-interest of modern psychiatry (see previous post). Still, it's very welcome to have United Nations support in this aim.
Posted by DBDouble at 9:53 am 1 comment: