Philosophy has discovered that the mentally ill are people - seriously!

However, I can't quite see what the value of the paper is. Obviously, mentally ill people may want recognition. However, most people who have experienced a schizophrenic illness don't see themselves as mentally ill, at least at the time of the episode. I'm not saying there's no value in thinking psychodynamically about psychosis (eg. see my book review), but quite a few 'schizophrenics' are not interested in psychotherapy. And I’m not undermining the value of psychotherapy for those that want it (eg. see my talk).

Of course dialetical recognition is needed in therapy. But is this as far as the philosophy of psychiatry and psychology has got after all these years? Or am I missing something? 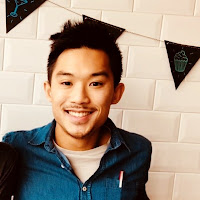 Christopher Chen-Wei Ng defends Cartesian dualism in psychiatry in an article in BJPsych Advances. It is a bold position to take as biomedical psychiatry often denigrates any challenge to its position as dualism (see eg. previous post). Chen Ng deals well enough with that claim, whereas I don’t think he deals so well with his other suggested reason for rejecting dualism, which he identifies as “an unhelpful attitude to patients and their illnesses”.
The original challenge to Cartesianism was vitalism. Georg Stahl took a integrated approach to mind and body rather than splitting them like Descartes. Stahl instead separated life from inanimate objects. For him, mind and body are not distinct, but integrated in the living organism. His explanation of why life was different from inorganic matter was more speculative, suggesting that the soul provided movement to matter in the body. Vitalism is as much derided now as Cartesianism, because it is seen as postulating a vital principle distinct from purely chemical or physical forces.
The reality, of course, is that living beings, including human beings, do have a purposiveness which cannot be derived from mere physico-chemical processes (see eg. previous post). Chen Ng is right to focus on the person in psychiatry. He doesn’t, however, need to return to dualism as such to do that.
Posted by DBDouble at 3:05 pm No comments: