The implications for psychiatry of patients being human

Thomas Fuchs (who I have mentioned before eg. see previous post) lectures online on 'Personhood and neuroscience'. As he says, "When brain researchers claim that consciousness is undoubtedly located in the brain, they are subject to a category mistake". The point is that it is people who are conscious, not their brains. The brain is only the organ of a living person, not alive as such and can’t be conscious.

[W]e hold with Merleau-Monty that Western scientific culture requires that we see our bodies both as physical structures and as lived, experiential structures - in short, as both "outer" and inner', biological and phenomenological. ... For Merleau-Monty, as for us, embodiment has this double sense: it encompasses both the body as a lived, experiential structure and the body as the context or milieu of cognitive mechanisms.

The trouble is that subjective experience tends to be seen as a mere epiphenomenon and the focus has become so-called objective scientism.

Psychiatry went through a previous phase of brain mythology in the nineteenth century.  The enthusiastic search for anatomical localisation in psychiatry led to fanciful notions, as, for example, with Theodor Meynert (1833–1892) who throught he had delineated various ‘fibre-systems’ in the brain and deduced functions for these ‘pathways’. Meynert’s research may have appeared so successful because it seemed to give a material explanation of the basis of mental illness in the same way as modern neuroscience. Despite his skills in brain dissection, Meynert's theories were not based on empirical findings. Nor have any definite biomarkers been linked to primary mental illness in modern research studies as they are plagued by inconsistencies and confounders (see eg. previous post).

Anatomoclinical understanding, which relates symptoms and signs to their underlying physical pathology, was a major advance for medicine in the nineteenth century and still underlies our modern understanding of disease. Pathology emerged as a distinct discipline with autopsy findings of lesions in organs and tissues being related to clinical examination at the bedside. Histological studies established cellular abnormalities for disease. Applying this anatomoclinical method to psychiatry was not as successful, however, because it was not always easy to relate mental conditions to underlying brain pathology.

Eventually it was established that dementia paralytica was a late consequence of syphilis. Senile dementia was also seen as having a physical cause such as Alzheimer’s disease. Focal abnormalities in the brain were identified and physical causes of learning disability were recognised. However, most psychopathology is functional, in the sense that there are no structural abnormalities in the brain. A distinction was, therefore, made between functional and organic mental illness (see previous post). This consensual understanding was broken by DSM-IV (see previous post) and DSM-5 failed in its attempt to create a scientific basis for psychiatric diagnosis and classification (see eg. previous post), based on genetic markers and brain imaging (see another previous post).

I'm sure the wish to find a biological basis for primary mental illness will never go away completely. But psychiatry must stop ignoring that patients are people. This is not a unique requirement for psychiatry, as all medicine needs to be more patient-centred (see eg. previous post). But it is particularly acute for psychiatry when primary mental illness cannot be reduced to brain disease.

Rights based legislation in mental health 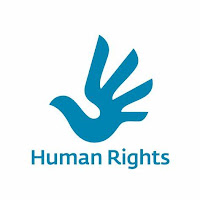 The World Health Organisation (WHO) QualityRights Toolkit can be used to evaluate adherence by mental health services to the Convention on the Rights of people with Disabilities (CRPD) (see previous post). For example, a report on the quality of institutional care for adults with psychosocial and intellectual disabilities in the WHO European Region found such care far below standard in many European countries. Similarly, none of the CRPD articles was found to be fully adhered to in Czech psychiatric hospitals (see article).

The toolkit collects data on 25 standards within five interrelated themes:

• The right to an adequate standard of living (Article 28 CRPD);

• The right to enjoyment of the highest attainable standard of physical and of mental health (Article 25 CRPD);

• The right to exercise legal capacity and the right to personal liberty and the security of person (Articles 12 and 14 CRPD);

• Freedom from torture or cruel, inhuman or degrading treatment or punishment and from exploitation, violence and abuse (Articles 15 and 16 CRPD);

• The right to live independently and be included in the community (Article 19 CRPD).

Assessment of each of the criteria that make up the standards enables assessors to determine whether a particular standard has been met, which in turn, help to determine whether each overarching theme has been met. The government's current reforms of the Mental Health Act need to support the transformation of mental health systems in line with CRPD (see previous post).
The QualityRights initiative is WHO's response to the need for transformation (see another previous post). The quality of mental health services needs to be improved globally and properly supported by human rights based legislation.
Posted by DBDouble at 9:59 am No comments:

Psychiatry must give up mechanistic understandings of mental illness

Similarly, the Wellcome Trust, a few years ago, recognised that there were underlying problems that needed to be addressed before mental health research could make significant progress (see previous post). What researchers find difficult to accept, though, is that attempts to ‘localise the mind’ through research into brain activities has no future as a research programme. Instead, neurobiology needs to develop its philosophical understanding.

As I mentioned in a previous post, Bennett & Hacker (2021) in the second edition of their Philosophical foundations of neuroscience have separated out a chapter on conceptual problems arising from ascribing to the brain properties that can only sensibly ascribed to the organism as a whole. This is what they call the mereological fallacy. Psychiatry must stop identifying the brain with the person. Instead, cognition needs to be understood in a dynamic, integrated, enactive way as it is embodied in the brain and the body more generally, and embedded in the environment, which is social and cultural, affording various possibilities of action to the organism (see eg. my article).

For example, the experience and relationships of people are at the core of depression, and they cannot be identified with neuronal or molecular processes (see eg. previous post). Psychiatrists need to accept that even though physical illness is accompanied by bodily disease, primary mental illness is not accompanied by structural brain disease.

Nor is computational psychiatry the answer. People are not computers. There is a fundamental difference, and not just of degree, between the computing and adaptation capabilities of a computer system and the perceptions, insights, thinking and understanding of a human being (see previous post). A mechanistic conception of nature fails to provide a complete characterisation of living beings (see eg. another previous post).

Posted by DBDouble at 9:23 pm No comments: