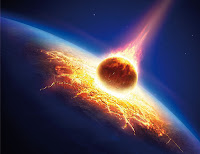 The impact assessment of the white paper on Reforming the Mental Health Act lists the policy objectives for the proposed legislation. I have been pleasantly surprised by the changes proposed and think that the consultation can be worked with to improve mental health legislation. I think it does provide a potential framework for new legislation to make mental health services more supportive of people without mental capacity, the loss of which in the case of mental illness may just be temporary.
As I have said before (eg. see previous post), though, I think this aim of supporting people, rather than focusing on compulsion, could be made more explicit. As far as the policy objectives are concerned, improving patient choice, experience and participation are important, but it isn’t just earlier and more frequent access to safeguards against detention and enforced treatment that are needed. Instead, the focus of intervention needs to be on informal rather than formal measures. This is not to deny that such formal measures may be needed but, for example, the right to refuse treatment should not merely be taken away by detention. Treatment should be seen as being of the highest quality if it avoids compulsion whenever possible. Such high quality services also need to be anti-racist, which again could be made more explicit in the objectives.
Posted by DBDouble at 3:48 pm No comments:

With considerable press publicity, the government has announced it will set out its proposals for reform of the Mental Health Act in a White paper (see eg. previous post). Despite all the apparent good intentions (see press release), we do need to see the detail in the White paper.

For example, a statutory advance choice document may seem like a good idea but it's not clear why the will and preferences of people are not taken into account whether or not they have signed an official document. Nor am I clear how the appointment of a nominated person will work or how the role of advocacy will be expanded, including culturally appropriate advocates. I doubt whether learning disability and autism are being excluded from the Act, and it's not clear how these provisions will differ from those for mental illness. Nor am I sure how legislative changes may impact on improving access to community services.

There do not seem to be any proposals for reform of the Mental Health Tribunal, so that people have a right to an independent report of their choice to be presented before the Tribunal. It is also unclear whether community treatment orders will be changed. Consideration needs to be given to whether they should be abolished. Nor is there any mention in the press release of improving the role of the CQC, and whether Second Opinion Approved Doctors (SOADs) still provide a safeguard. This function could be taken over by an improved unbiased Tribunal (a single judge, without medical and lay input) which fully considers the evidence presented to it from the person's point of view and makes decisions both about detention and treatment. In general, there seems to be insufficient acknowledgement that the criteria under which coercive treatment can be given are too wide (see eg. previous post), which leads to far too much unacceptable, and even abusive, treatment. The evidence collected by the Wessely Review in this respect does not seem to have been fully taken into account (see eg. another previous post).

I’ve said before (see eg. previous post) that I’m concerned that the government’s White Paper on reform of the Mental Health Act will not go far enough. This is because it is likely to be based on the review chaired by Simon Wessely. He says in the foreword to the review that “the Mental Health Act takes away your liberty and imposes treatment that you don’t want ... and ... can help restore health, and even be life-saving”. As he also says, this tension is nothing new, but I think the opportunity to have a fundamental rethink about the role of legislation for treatment of mental health problems may have been lost.
Surely the essential aim of mental health and capacity legislation should be to support people with their incapacity/disability, which may well be temporary in the case of mental illness. I actually don't think legislation should primarily be about the removal of liberty and the imposition of treatment. Informal admission should again be seen as the dominant mode of inpatient treatment if this is needed. If detention is necessary, the person's dignity and respect need to be preserved and any decisions made need to take account of their will and preferences. Part of the problem is that we have become trapped in a historic tension between restraint and freedom. We do not immediately need to be jumping to substitute decision making or coercion to support people when they lose or do not have mental capacity. I have always accepted that these measures may be needed, but the legislative framework needs to change so that such interventions are not necessarily seen as a priority. Coercion may be more to do with a failure of treatment than treatment itself.
Posted by DBDouble at 11:04 am No comments: